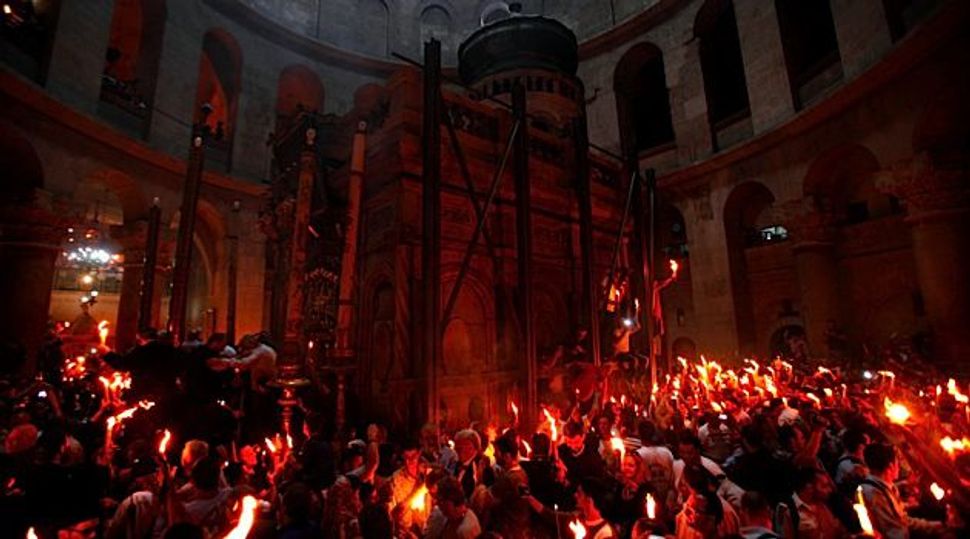 Representatives of a pro-Israel media watchdog took CBS to task at a shareholders meeting over a “60 Minutes” segment about the plight of Christians in the Holy Land.

Activists from the Committe for Accuracy in Middle East Reporting, or CAMERA, “dominated” much of the annual meeting Thursday, according to a report in the Hollywood Reporter.

The activists said that CBS had failed to correct what they said were inaccuracies and distortions in the piece by correspondent Bob Simon.

The segment, which aired a year ago, drew fire from Jewish groups for emphasizing settlement expansion and other Israeli policies as factors in driving Christian Palestinians to emigrate, although Simon in his reporting also cited pressures from Muslim Palestinians.

CBS executives stood by the segment and defended its “First Amendment” rights.

The session was otherwise a successful one for the network, which has led in ratings in recent months.