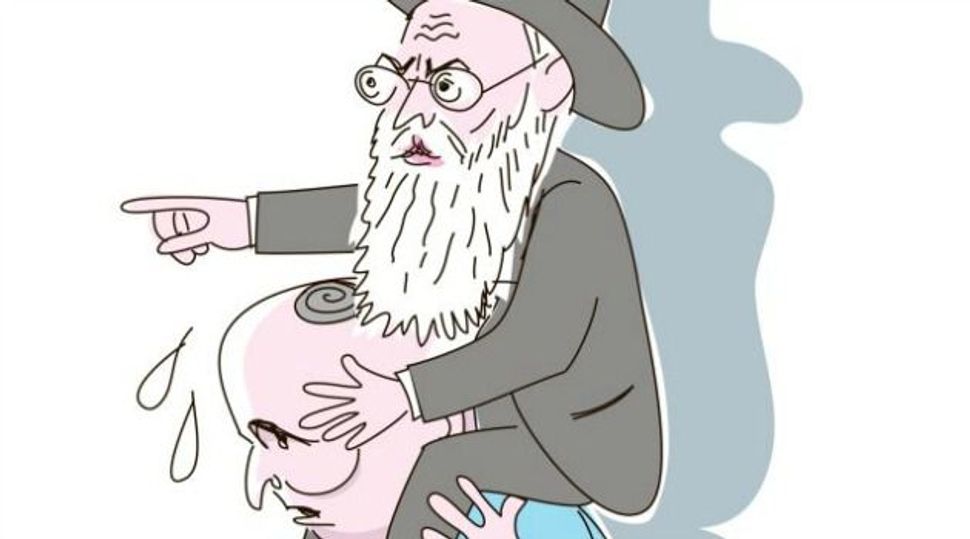 Heading the agenda at the joint Likud-Yisrael Beiteinu faction’s weekly meeting was the election of Israel’s new chief rabbis, slated for next month ‏(the election is carried out among a large group of rabbis and public representatives‏). Two private bills related to this issue will soon be submitted to the Knesset.

The first attempts to breach the current age barrier and allow a candidate over the age of 70 to become chief rabbi. The underlying aim: to allow the election of Rabbi Yaakov Ariel as Ashkenazi chief rabbi. The second bill would allow a chief rabbi who has already served one 10-year term to be reelected. This legislation, if enacted, would pave the way for current Sephardi Chief Rabbi Shlomo Amar to serve yet another term.

Both bills are the product of a political-parliamentary deal between Habayit Hayehudi − which is backing Ariel − and Shas, which is fighting for Amar ‏(heir-apparent to Rabbi Ovadia Yosef‏) to stay on. Just as Shas must have Amar, so Habayit Hayehudi is desperately in need of a rabbi from the religious-Zionist movement ‏(rather than from the ultra-Orthodox community‏). If not Rabbi David Stav, then Ariel.