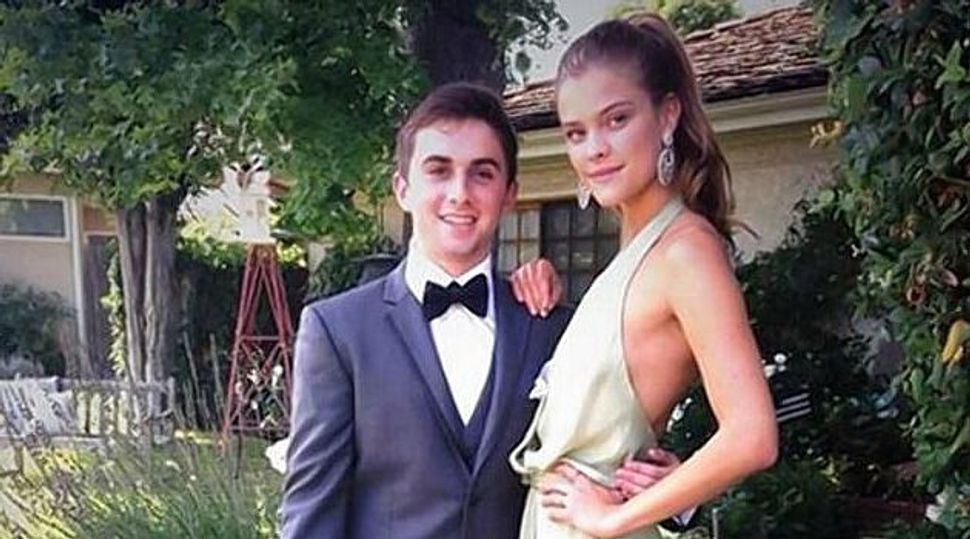 Oh What a Night: Jake Davidson struck out with Kate Upton. But he still got to take a supermodel to his prom.

A Jewish day school student got a supermodel date to his senior prom after all.

Jake Davidson scored a night out with willowy Sports Illustrated swimsuit babe Nina Agdal after she agreed to go to his big dance at Milken Community High School in suburban Los Angeles, the Daily News reported.

He later tweeted his thanks to his new-found model friend: “You are the best! Thanks so much for everything.”

The sexy Agdal stepped up to do the ultimate mitzvah after Davidson made an video plea for a night out with bombshell Kate Upton.

After the video went viral, Upton suggested she would go. But then she backed out, citing the old standard “other commitments.”

“Jake was waiting to hear from Kate and when Nina heard about it, she said, ‘If Kate can’t go, I’d like to go,’” Davidson’s mother, Cheryl, told The San Bernardino Sun. “Both of these women have been really sweet and adorable about it.”

Davidson, who sported a gray single-breasted tux, was thrilled about Agdal’s decision.

Agdal, who sported a green halter dress, apparently also had a good time.

“Had such a great prom night. Thank you [Jake] for being an awesome date!” she tweeted.