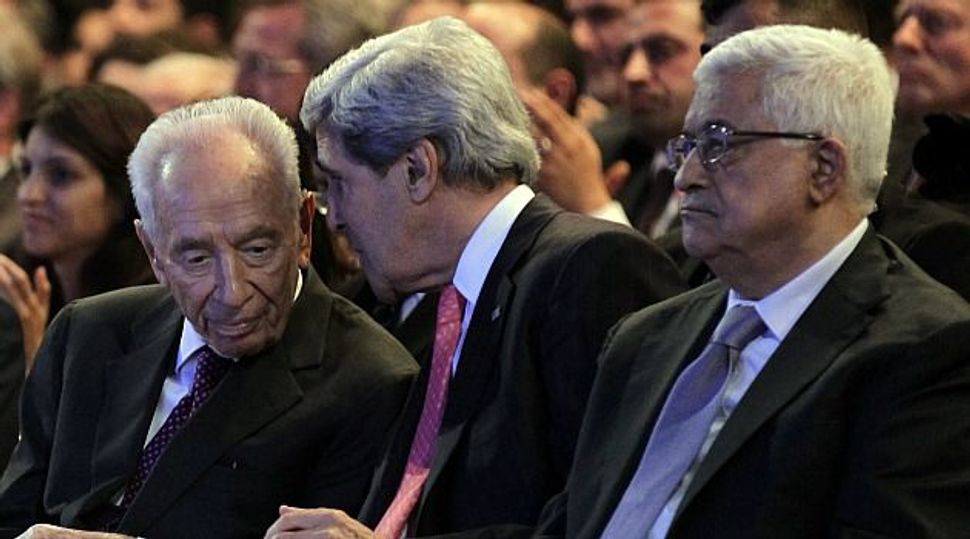 Secretary of State John Kerry urged Israel and the Palestinians to reach a political settlement, warning that the absence of peace would result in “perpetual war.”

“Do we want to live with a permanent intifada?” Kerry asked in his address to the World Economic Forum on the Jordanian shores of the Dead Sea.

There was no choice but to continue striving for peace, Kerry said, adding that the only way for Israel to survive as a Jewish state was the two-state solution. He also told Palestinian President Mahmoud Abbas and Israeli President Shimon Peres that he had an agreement ready and waiting with him, should they want to come up on stage and sign.

In his own address to the forum earlier Sunday evening, Abbas said Sunday that he would refuse any solution calling for “temporary borders,” adding that he was committed to the creation of a Palestinian state within the 1967 lines with East Jerusalem as its borders.

In his address to the World Economic Forum on the Jordanian shores of the Dead Sea, Abbas acknowledged Kerry’s efforts for peace and thanked him, but emphasized: “Please forget temporary borders.”

Temporary borders “will not end the conflict,” Abbas said. “They will prolong it.”