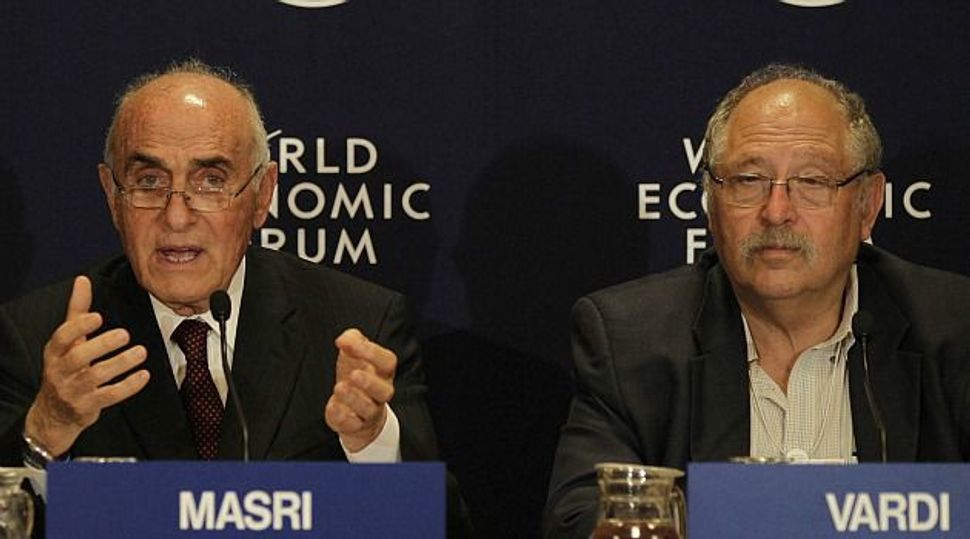 About 300 Israeli and Palestinian business leaders called on their governments Monday to move swiftly toward a two-state solution and end the conflict between the two peoples.

Members of the Breaking the Impasse initiative said they would use their business experience to persuade their governments to launch serious negotiations. They were speaking at the World Economic Forum in Jordan.

“The initiative does not replace the politicians, but it does emphasize the business community’s support for peace,” said German economist Klaus Schwab, the moving spirit behind the forum.

According to high-tech entrepreneur Yossi Vardi, “Last year I celebrated my 70th birthday. When the conflict began I was an ambitious young man of 25. This conflict has gone on for too long. Enough! Our group includes businesspeople and academics from the whole spectrum – secular and religious – and all of them are determined to help with a two-state solution.” Vardi is the chairman of International Technologies Ventures.

Munib al-Masri, chairman of Palestine Development and Investment, said the members of the initiative would not forge business relationships that would help legitimize the occupation.