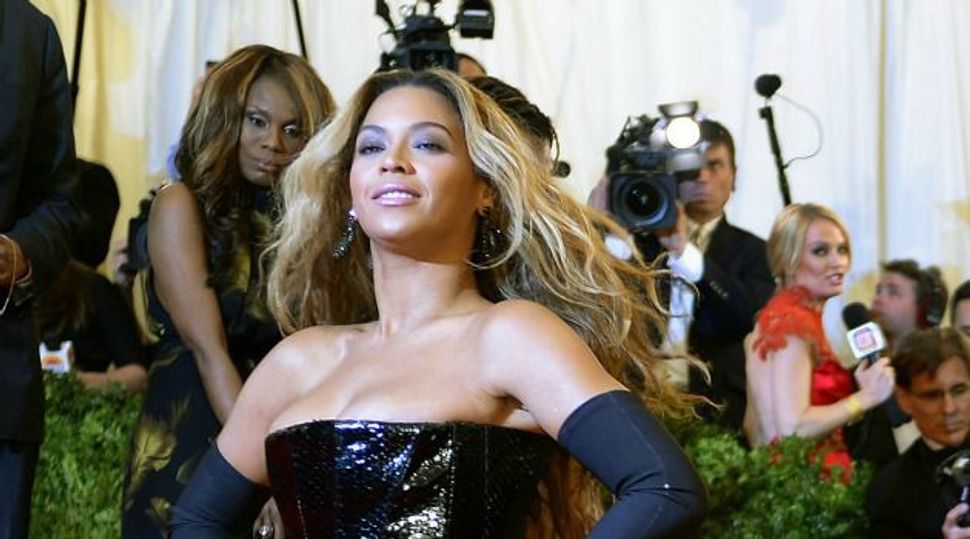 Curvy Star: Did German fans hurl anti-Semitic abuse at a group of Israelis at Beyonce?s show in Berlin? Image by getty images

An Israeli soldier said he was among 10 young Israelis who were subjected to an anti-Semitic verbal attack before a Beyonce concert in Berlin.

The soldier, Nathanel Zerad, told JTA that the incident last week at the O2 World Stadium left him and his friends fearful.

Spokespeople for the Berlin police and the concert organizer, Go-On Promotion, said no incident had been reported. The incident was first reported in the Israel Hayom newspaper.

“Some of them noticed that we were speaking Hebrew,” Zerad told JTA. “One of them said, ‘You stink, you should go back to Israel.’ A girl said, ‘You guys smell so bad. Why didn’t he die in the Holocaust?’ ”

The young Germans began to shout at the Israelis to “go, go, go,” he said. They accused the Israelis of pushing, “which was not true because we were first in line. We had no need to push. We were there already.

“So they started pushing us; they said ‘You are Jewish, go back to Israel, we wish that the Holocaust would succeed so you all die,’” Zerad recalled. “One guy came up to me and said, ‘Don’t mess with my girls, I will hurt you,’ and things like that.”

Zerad said the Israelis reported the incident immediately to nearby security personnel, “But the security guy believed the Germans; he said, ‘You are 10 and they are 50,” and “The Germans told us that you are pushing and if you continue we will send you out.’ ”

The Israeli concert-goers moved back in the line to defuse the situation, the soldier said.

“There were no police there,” Zerad said. “If there were, I would definitely go to them.”

Zerad said he and his friends are seeking a way to report the incident via the Israeli authorities.

“During all the concert, I was concerned and afraid that they would come to me after the concert and beat me or my friends,” he said.

He added, “I cannot even tell you how I feel even now, for being in such a racist moment that I thought would never be, especially in Germany with all the history there.”

A spokesperson for O2 World, Moritz Hillebrand of Anschutz Entertainment Group, referred JTA to Go-On Promotion, and its spokesperson, Janine Lerch, said no incident had been reported.