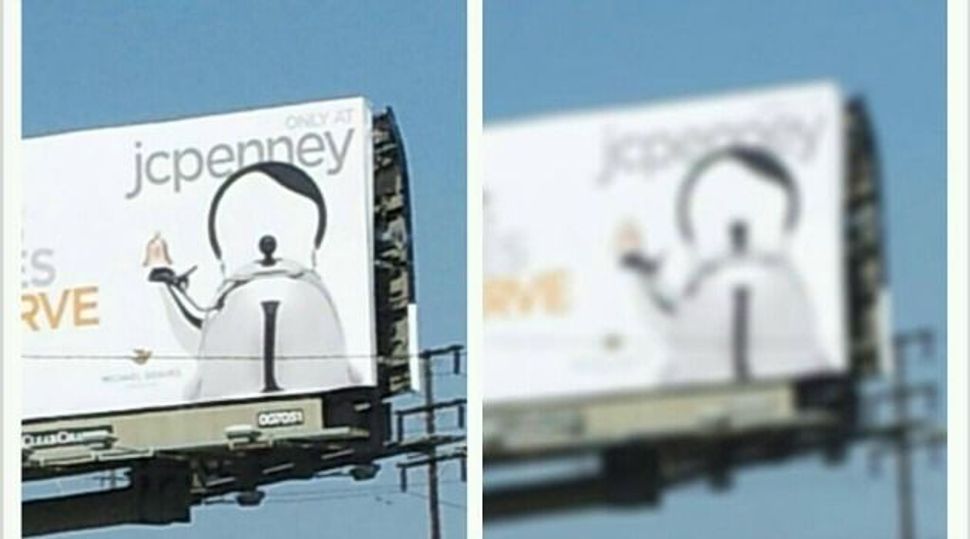 A tea kettle that resembles Adolf Hitler has sold out online.

The tea kettle and it resemblance to Hitler caught the attention of commuters near Culver City, Calif., who drove past a 10-foot-tall billboard of the appliance. Photos of the kettle and criticism of it then spread rapidly on social media sites including Twitter, Facebook and Reddit.

The tea kettle sold out on line on the JC Penney website by Tuesday afternoon, according to reports, and now its photo also has been removed from the site. The company also removed the billboard following the Memorial Day weekend.

The company insists that any resemblance to Hitler is purely coincidental. “If we had designed it to look like something, we would have gone with a snowman or something fun ,” the company tweeted.