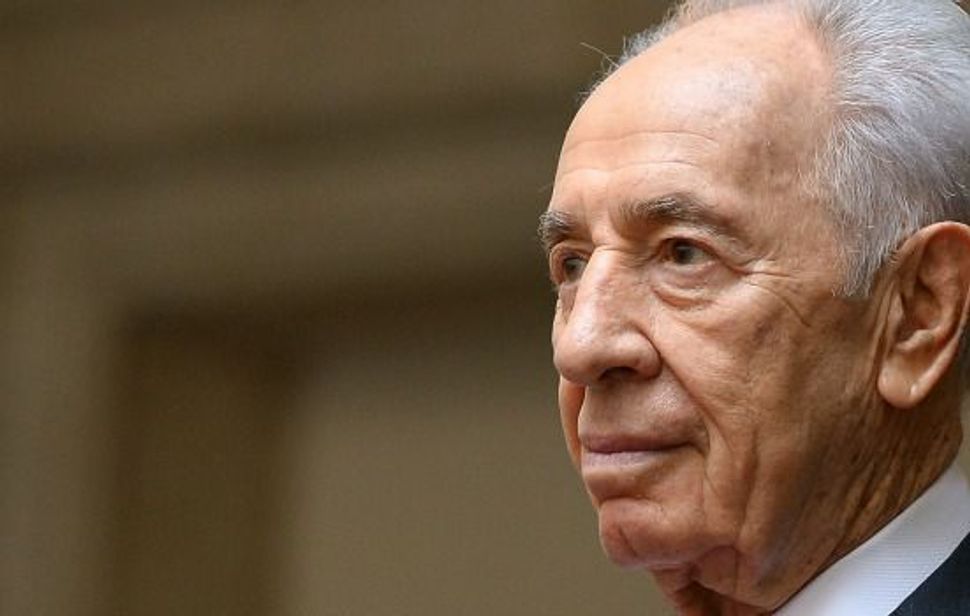 Among those on hand for the celebrations Wednesday in Vishnyeva was Peres’ oldest daughter, Tzvia. She was named for her father’s grandfather, Tzvi Meltzer, who was killed in the town by the Nazis.

The events marking the landmark birthday, Aug. 2, included the opening of a permanent photo exhibit on the life of Peres and the placing of a plaque on the site of his home in Vishnyeva.

Also, the town held a memorial service near the Valley of Death monument to commemorate the 2,000 Jews of Vishnyeva who were killed by the Nazis.

The events on Wednesday marked the start of Limmud FSU, which runs through June 2 for some 500 participants.

They were sponsored by Limmud FSU in conjunction with the Belarus government, as well as the Belarus Jewish community, the Israeli Embassy in Belarus, the Minsk District Government and the Vishnyeva municipality.