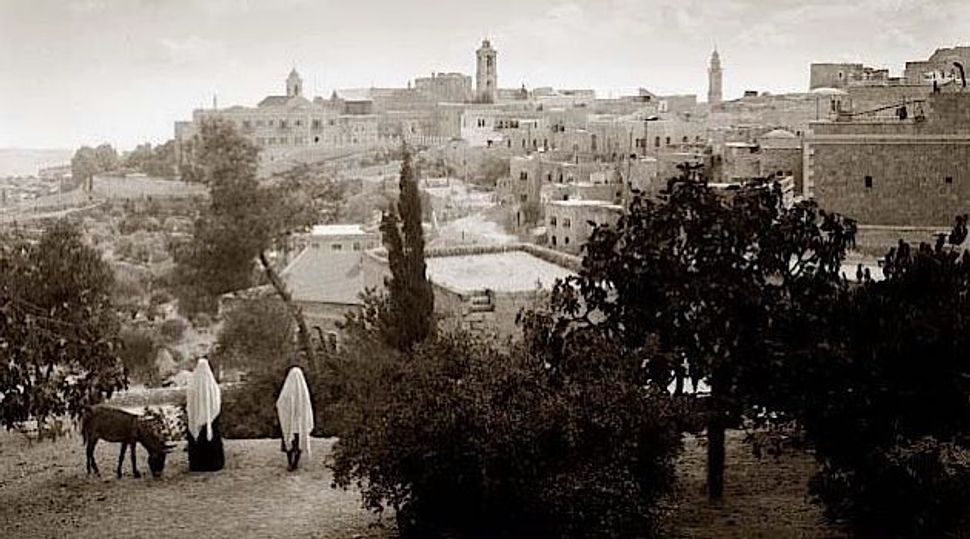 In 1906, during renovations at the Franciscan friary in Bethlehem, the workers found a treasure. Buried in the ground was the oldest known organ in the world − built in the 12th century − as well as 13 ancient bells. Twelve of the bells had been cast in Europe at the end of the Middle Ages. The 13th, however, was a big surprise: a bell in the Chinese style.

The Franciscan friars who researched it concluded that it had come from the court of the Mongolian Emperor Mongke Khan ‏(a grandson of Genghis Khan‏). In 1245, the king of France had sent a diplomatic delegation to Mongke, headed by the Franciscan Friar William of Rubruck, with the aim of forming a military alliance between the Crusaders and the Mongols. After his return, the friar journeyed to the Holy Land and gave the bell from Central Asia to the heads of the monastery in Bethlehem.

In two years, the Mongolian bell and its companions will be put on display, along with the organ and hundreds of other valuable religious and artistic items − most of which were sent to Jerusalem as a tribute to the Church over the centuries by members of the European nobility and carefully preserved without being displayed to the general public. The items will be shown in no less than three new or revamped museums that the Franciscan order is planning to open in the Old City of Jerusalem.