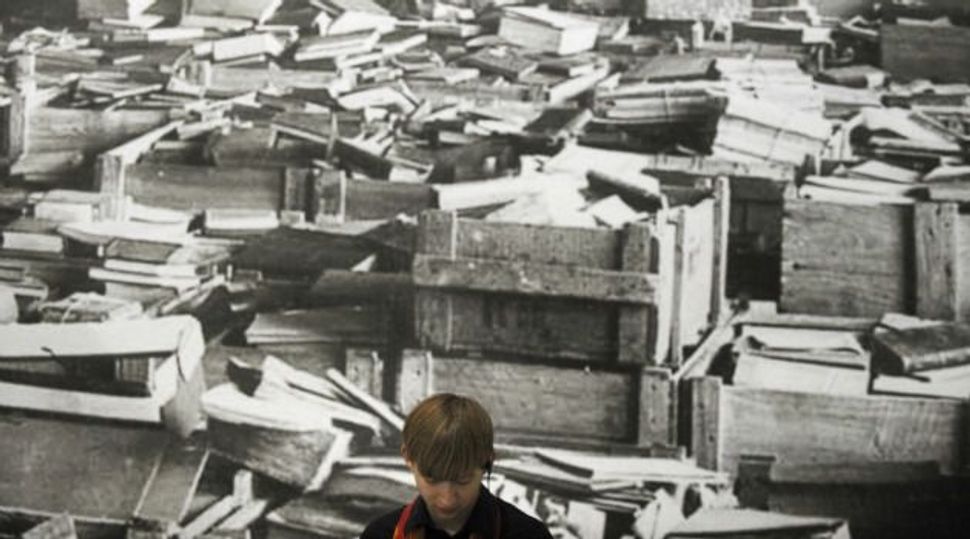 Many low-level tax inspectors in Germany’s Nazi-era finance ministry were oblivious to the Holocaust and dutifully tried to contact murdered Jews whose wealth was being plundered by the ministry’s top officials, according to a new book.

Germans have publicly atoned for Nazi crimes in a myriad of ways over six decades, providing scores of billions of dollars in reparations to Holocaust victims, their descendants and the state of Israel. But only recently have leading government ministries come clean on their own particular Nazi past.

The finance ministry’s role in assisting the Nazis was long assumed as a fact but never examined in real detail until Berlin historian Christine Kuller’s book “Bureaucracy and Crime”, which it commissioned.

Her study shows how the Reichsfinanzministerium’s top brass played an active role in looting the wealth of German Jews who fled the 1933-45 Nazi regime or were sent to death camps.

“There are indications that leading ministry officials knew about the connection (to the Holocaust) and also took part at times in the planning,” Kuller told Deutschlandfunk radio before the book’s formal presentation on Monday at the ministry.

“But that wasn’t the case for the broad mass of ordinary tax inspectors. There are examples of where the tax inspectors tried to track down deported Jews with questions about the assets they were leaving behind. Surely the top officials must have known they were already murdered.”

The finance ministry, now based in the formidable complex of buildings originally built as Hermann Goering’s Luftwaffe headquarters in central Berlin, is the latest German cabinet department to critically examine its role during the Nazi era.

The foreign ministry was the first, almost a decade ago, to take a critical look at its Nazi past after long presenting itself as a bastion of resistance to Hitler even though many top officials identified with his regime and even after the war ostracised genuine opponents of Hitler’s regime.

She said Jews had estimated wealth of 16 billion Reichsmarks in 1933. About four billion was taken abroad by Jews who left Germany while the remaining 12 billion padded Hitler’s coffers.

“The finance ministry was certainly not an apolitical, neutral administration especially if you look at the way it took part in the financial exploitation of Jews,” said Kuller, a historian at Berlin’s Free University who headed a commission investigating the Nazi past at the ministry’s request.

“Bureaucracy and Crime” lays bare how the finance ministry systematically plundered assets from Jews but also how they were discriminated against with tax policies as well after the Nazis took power in 1933.

“Jews faced systematic discrimination and were even hit with a special tax,” she said. “Their assets were also expropriated.”