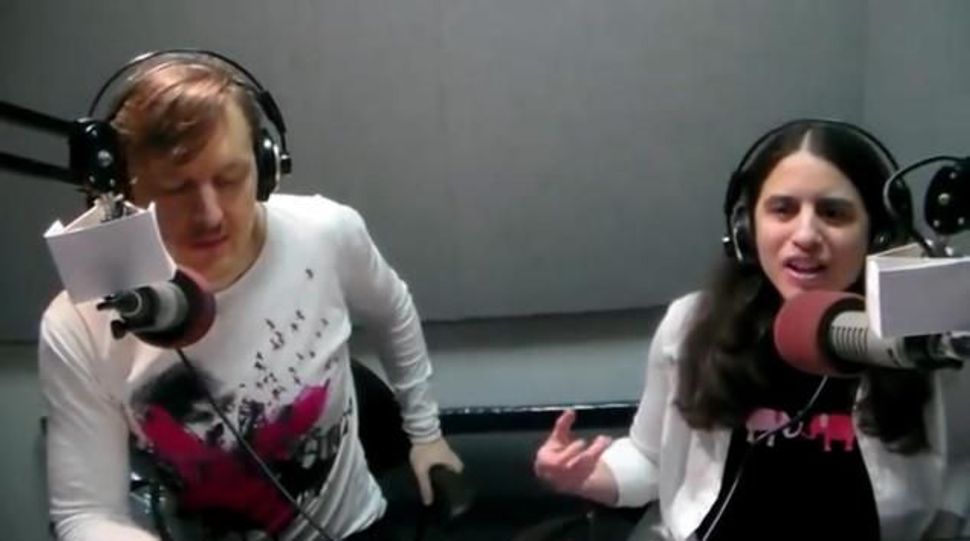 Together Forever: Lynne Rosen, 46, a psychotherapist, and John Littig, 48, a motivational speaker committed suicide together in their Brooklyn apartment. Image by Youtube

A Brooklyn couple that hosted a self-help radio show together were found dead in their apartment on Monday. The couple appeared to have suffocated themselves with plastic bags in a double-suicide, according to the New York Daily News.

Lynne Rosen, 46, a psychotherapist, and John Littig, 48, a motivational speaker and musician, hosted “The Pursuit of Happiness” on a local radio station, WBAI-FM, for the last six years. Their show focused on providing self-help tips to callers.

The couple also worked as life coaches for a business they started called Why Not Now. Their website lists their mission as “Life coaching designed to help foster and encourage your inner strengths, identify hidden and untapped resources, and put you confidently on the path to designing the life you’ve always wanted to live.”

Police found two notes in Rosen and Littig’s apartment, according to the Daily News. The tone of the notes expressed regret over their actions and a commitment to die together.

The couple had been together for 20 years and were often found walking their dog in the Park Slope neighborhood where they lived, reported the New York Post.

Rosen’s personal website, which was still active as of Wednesday afternoon, included a quote from author Norman Vincent Peale, that said, “It’s always too early to quit.”