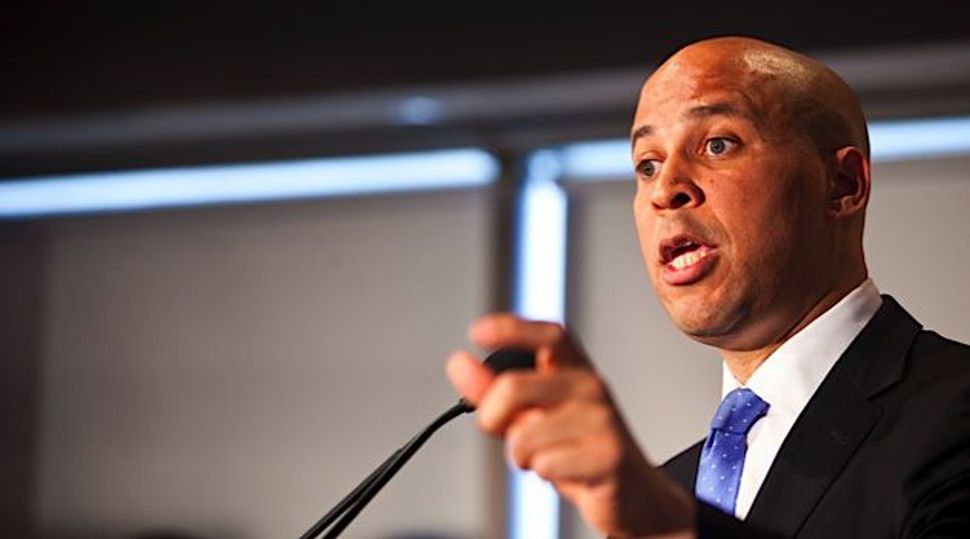 Newark mayor Cory Booker announced on Saturday that he will run for the United States Senate seat left open after senator Frank Lautenberg died on Monday.

Recently, the Forward profiled Booker and highlighted his connection to Judaism. Booker has courted several high-profile Jewish donors in preparation for a Senate run and is a devoted scholar of the Torah. However, he will have to answer questions from Newark constituents, who have occasionally criticized his tenure, and will now possibly see him leave office a year earlier than expected.

In a news conference in Trenton, former U.S. senator from New Jersey, Bill Bradley, introduced Booker before his announcement. Bradley said Booker was, “the right person for the right office at the right time.”

On Thursday, New Jersey governor Chris Christie named state attorney general Jeffrey Chiesa as the interim senator. A special election will be held on October 16 to decide who will permanently take Lautenberg’s place until the next election. Christie has said that Chiesa’s name will not appear on the October ballot.

According to a recent poll by Fairleigh Dickinson University, Booker is preferred by 50% of democratic voters. Two of his potential challengers, congress members Frank Pallone and Rush Holt, only combined for 11%.