Israel Aims To Stay Out of Syria Conflict, Despite Golan Friction 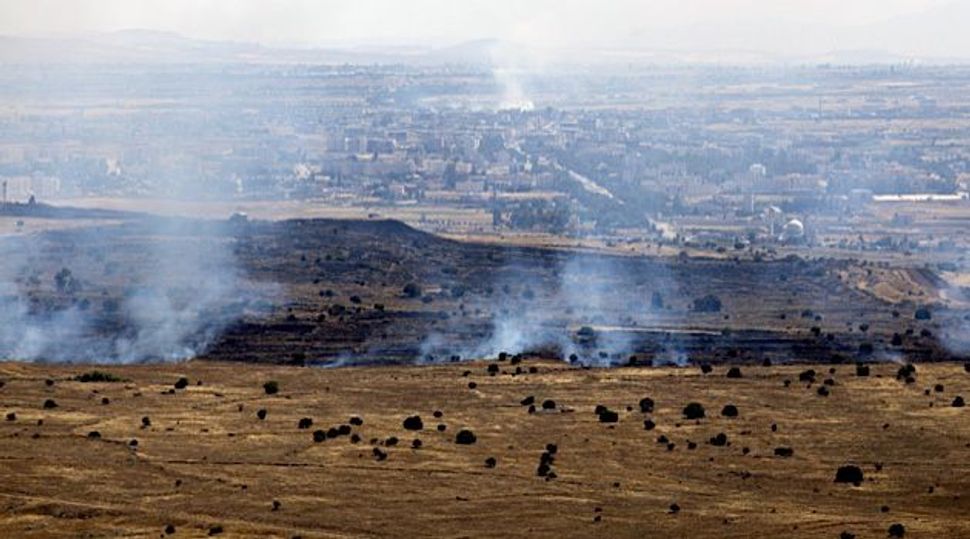 The strategic plateau, most of which has been occupied by Israel since the 1967 war, saw fierce fighting last week between Syrian President Bashar al-Assad’s forces and Syrian rebels near the armistice line patrolled by U.N. peacekeepers.

“Israel is not getting involved in the civil war in Syria, as long as the fire is not directed at us,” Netanyahu told his cabinet in broadcast remarks.

Israel has conducted at least three air strikes on suspected Syrian depots for weaponry in transit to Lebanon’s Hezbollah militia and its forces have occasionally shelled Syrian positions in response to shooting at the Israeli side of the Golan.

Austria, a major contributor to the United Nations Disengagement Observer Force (UNDOF), said last week it would withdraw its troops from Golan due to the worsening fighting in Syria, putting the mission in doubt.

Netanyahu used the situation on the Golan to buttress his long-standing call for an Israeli military presence along the eastern Jordan River border of any future Palestinian state.

“The crumbling of the U.N. force on the Golan drives home the fact that Israel cannot rely on international forces for its security,” Netanyahu said.

He said he would raise the issue with U.S. Secretary of State John Kerry, expected to return to the region in the coming week to try to revive talks on Palestinian statehood.

Israeli cabinet minister Yuval Steinitz said: “We are seeing now what the Austrian forces on the Golan Heights are worth. Israel cannot trust international forces, and sometimes, as it happens, their presence during crises is more burdensome than useful.”

Netanyahu said he had spoken during the weekend with Russian President Vladimir Putin about the situation in Syria, but gave no details. Moscow is Assad’s main big-power ally, whose advanced arms supplied to Damascus worry Israel.

A Russian offer to replace Austrian peacekeepers on the Golan was turned down on Friday by the United Nations as the mandate excludes permanent members of the Security Council.

Israel Aims To Stay Out of Syria Conflict, Despite Golan Friction