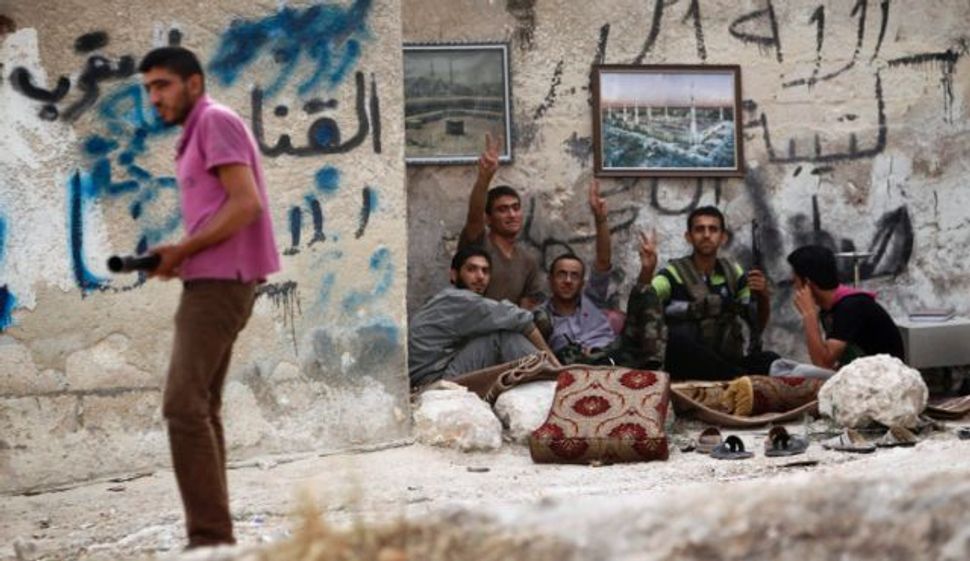 The Obama administration could decide this week to approve lethal aid for Syrian rebels and will weigh the merits of a less likely move to send U.S. airpower to enforce a no-fly zone over the nation ripped by two years of civil war, officials said Sunday.

White House meetings are planned as Syrian President Bashar Assad’s forces are apparently poised for an attack on the key city of Homs, which could cut off armed opposition from the south of the country and clear a path for the regime from Damascus to the Mediterranean coast. Officials believe as many as 5,000 Hezbollah fighters are now in Syria helping the regime after it captured the town of Qusair near the Lebanese border last week.

Opposition leaders have warned Washington that their rebellion could face devastating, irreversible losses without greater support.

Secretary of State John Kerry postponed a planned trip Monday to Israel and three other Mideast countries to participate in White House discussions, said officials who weren’t authorized to speak publicly on the matter and demanded anonymity.