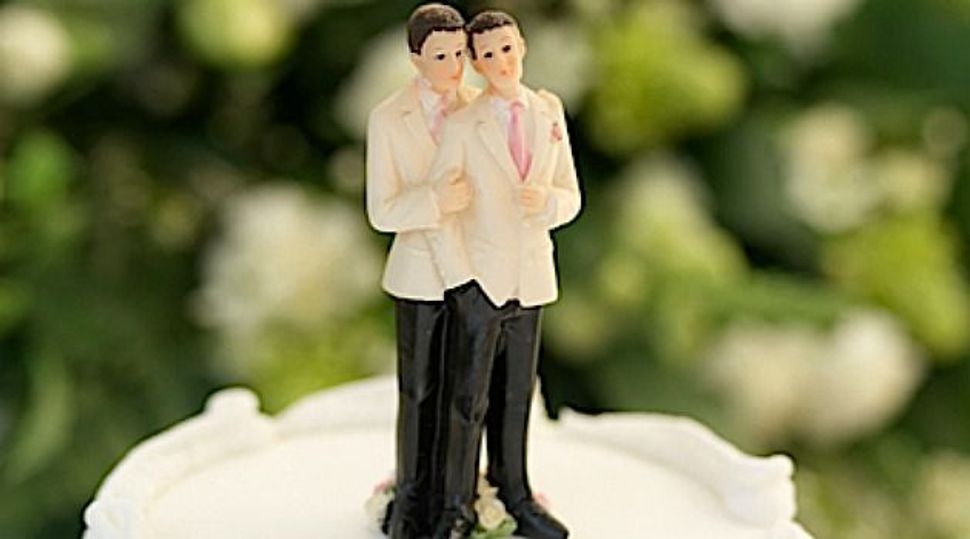 The couple, two men who had been living together for the past 28 years, was wed at the synagogue on Sunday at a ceremony conducted by Rabbi David Lazar and attended by some 50 people.

“They only invited close friends because it was their wedding, and they didn’t want it turning into a political event or something of the sort,” said Lena Posner-Korosi, president of the Council of Swedish Jewish Communities, who attended the ceremony.

The online edition of the Swedish magazine QX reported Tuesday that the men, Ruben Ben Dor and Stefan Gustafsson, have been members of the Great Synagogue of Stockholm — a Conservative congregation — since 1990, when Gustafsson returned to Sweden after living for some years in Israel. Both men are gardening enthusiasts and create postcards of flora in collaboration with a Swedish photographer, the website reported.

“We were lucky to have four good friends who came from abroad to be our witnesses, and four other friends to hold up the chuppah,” Gustafsson said. He added he and his husband were “recovering from a great day and wonderful celebration.”