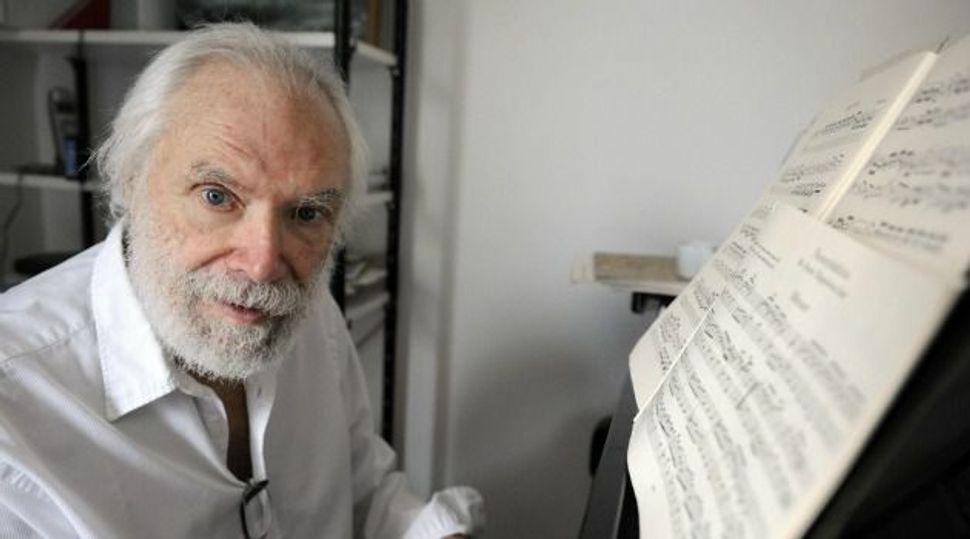 About 100 hundred people attended the opening of an art exhibition and a concert in Paris in memory of the Jewish French singer-songwriter Georges Moustaki.

The exhibition that opened Tuesday at the Borough Hall of the French capital’s 3rd Arrondissement was launched in the framework of the city’s ninth Festival of Jewish Culture. Carrying a Mediterranean theme this year, the festival features art, music and theater from Greece, Spain and North Africa. It ends on June 24.

The exhibition in Moustaki’s memory has dozens of colorful, optimistic paintings that he drew on his iPad — even in his waning days as he suffered from the lung disease to which he succumbed last month at the age of 79.

Dubbed by French media as “the Wandering Jew,” the Greece native was one of France’s best-known singers in the 1960s and 1970s. He also wrote songs for such renowned artists as Edith Piaf, Yves Montand and Juliette Greco.

The dedication of the exhibition was followed by a performance of some of Moustaki’s songs by the French Israeli singer Orlika, who in 2010 recorded a song with Moustaki in Hebrew.

“I met him a few years earlier and I invited him to one of my concerts, thinking he wouldn’t come,” Orlika recalled. “But he did come and even got up to sing with me on stage that night.”

Annie Grandjanine, a journalist and former Le Figaro columnist who knew Moustaki, said “people who only knew of George were often surprised by how accessible and unassuming he was.”