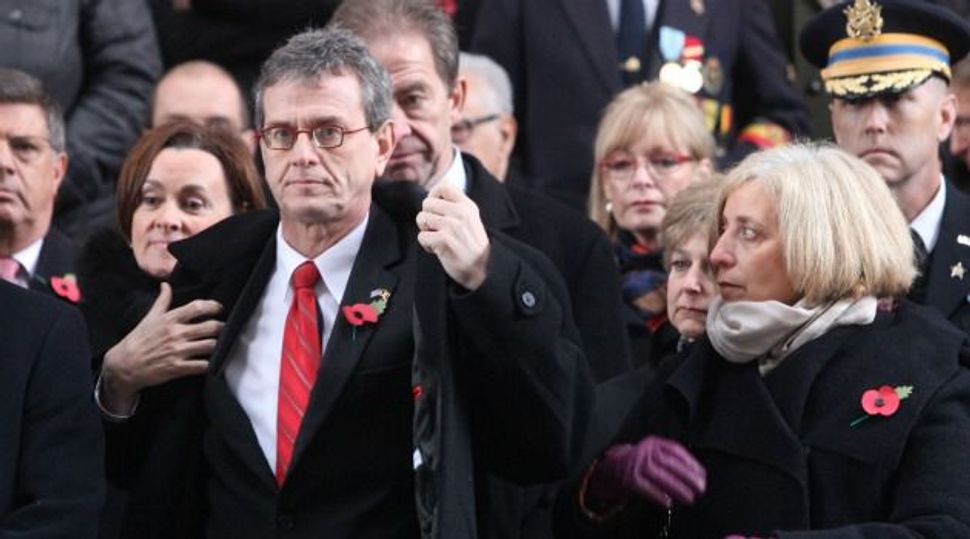 The U.S. ambassador alleged in State Department memos to have solicited prostitutes, including minors, was embroiled two years ago in a controversy over Israel.

A whistleblower who worked for the State Department’s Inspector General office claimed that higher-ups quashed an investigation into Howard Gutman, the U.S. ambassador to Brussels, the New York Post reported on Tuesday. Some of the findings were first reported by CBS.

An agent for the department’s Bureau of Security “began his investigation and had determined that the ambassador routinely ditched his protective security detail in order to solicit sexual favors from both prostitutes and minor children,” said an internal memo by Aurelia Fedenisn, the Post reported.

Gutman, in a statement quoted by Foreign Policy magazine, called the allegations baseless.

“At no point have I ever engaged in any improper activity,” he said.

Gutman, the son of a Holocaust survivor, said in 2011 that the Israeli-Palestinian conflict contributes to manifestations of Muslim anti-Semitism in Europe, prompting calls for his ouster by Republican candidates for the presidency.

Gutman, who is popular in Belgium, is a lawyer who was a fundraiser for President Obama’s 2008 campaign. Appointing supporters to key overseas embassies is routine among U.S. presidents.