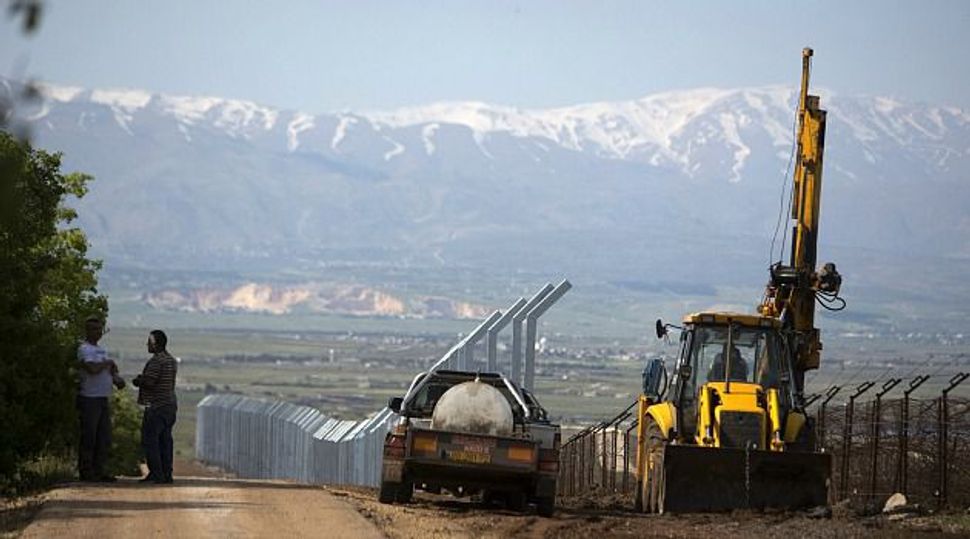 A spillover of violence from Syria’s civil war into the Israeli-occupied Golan Heights is jeopardizing a decades old ceasefire between Israel and Syria, U.N. Secretary-General Ban Ki-moon said in a report to the U.N. Security Council on Wednesday.

Israel captured the Golan Heights from Syria in a 1967 war. Syrian troops are not allowed in an area of separation under a 1973 ceasefire formalized in 1974. Israel and Syria are still technically at war.

Ban recommended to the 15-member council that self defense capabilities of a U.N. peacekeeping mission in the area, known as UNDOF, be enhanced, “including increasing the force strength to about 1,250 and improving its self defense equipment.”

UNDOF, monitors an area of separation between Syrian and Israeli forces, a narrow strip of land running 45 miles (70 km) from Mount Hermon on the Lebanese border to the Yarmouk River frontier with Jordan.

“The ongoing military activities in the area of separation continue to have the potential to escalate tensions between Israel and the Syrian Arab Republic and to jeopardize the ceasefire between the two countries,” Ban said.

The 15-member Security Council is due later this month to renew the mandate of UNDOF for six months. Ban recommended that the force, which has been operating with about 900 troops, be boosted to its authorized strength of 1,250.

The peacekeeping mission has been caught in the middle of fighting in the Golan Heights area of separation.

Last week two peacekeepers were wounded when Syrian rebels captured a border post, but were then driven out by government troops, while rebels have also held peacekeepers on several different occasions before releasing them.

Japan and Croatia have already withdrawn troops from UNDOF due to the violence and Austria started bring home its contingent of some 380 troops on Wednesday, as the United Nations urgently tried to find another country to fill the gap.

About 170 Fijian troops are due to deploy later this month to replace the Croatian troops, the United Nations has said.

A senior Western diplomat said that Fiji had also offered to send additional troops and that the Philippines, which already has several hundred troops in UNDOF, was considering sending more troops after Ban lobbied Manila.

Russia has offered to replace Austria’s troops, but the agreement with Israel and Syria precludes permanent members of the U.N. Security Council from taking part.

A U.N. official told Reuters that sufficient offers had already been made from other countries to fill the gap left by Austria’s departure.