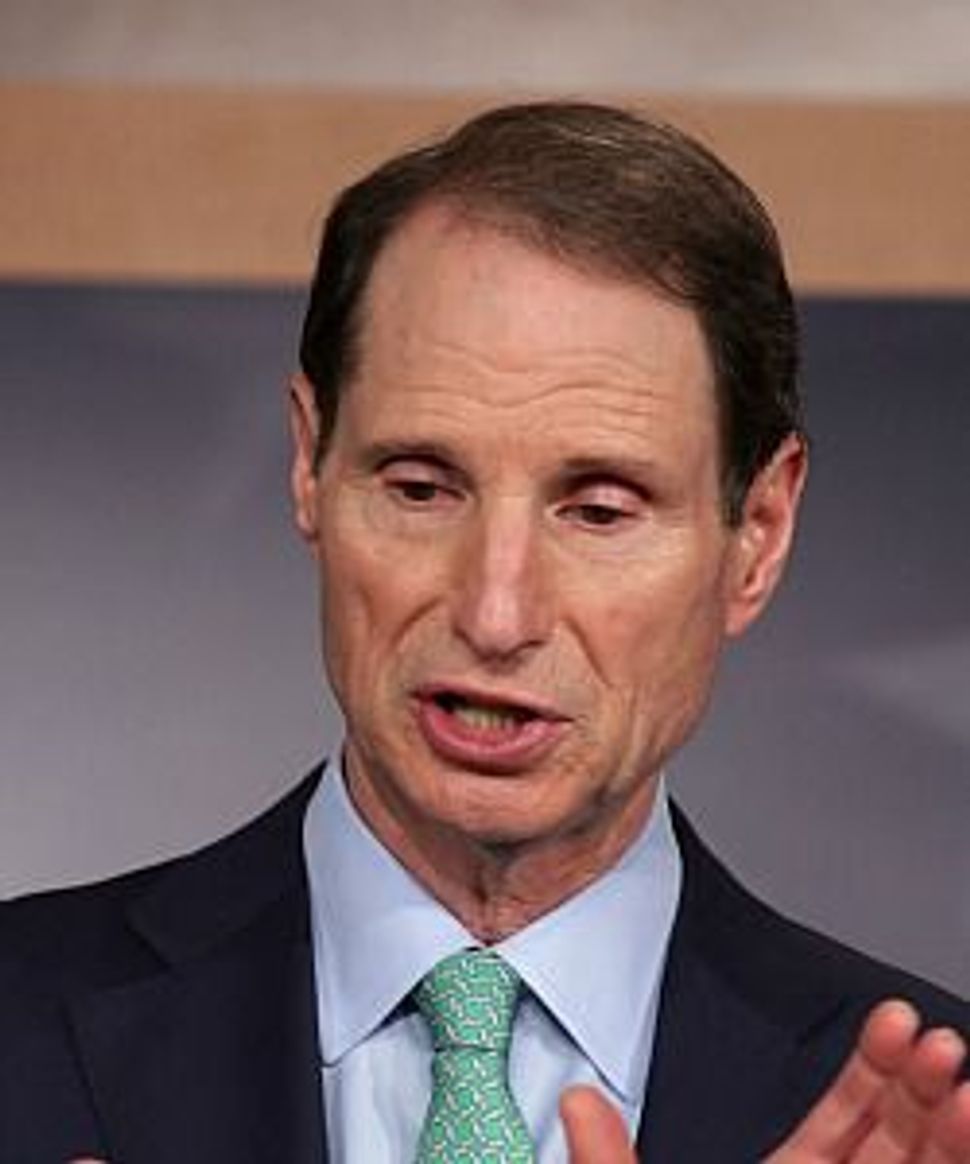 Dianne Feinstein and Ron Wyden have a lot in common. Both are longtime U.S. senators, Democrats, Jewish and fiercely independent West coasters.

They’ve also both been members of the Senate Intelligence Committee since before the Sept. 11, 2001 attacks, and privy to classified materials that describe how the government systematized radical changes in intelligence gathering in their wake.

Now the two lawmakers are on opposite sides of the debate over the massive information vacuuming machine that the intelligence community has developed since those attacks. Government agencies have been collecting vast troves of data on the phone calls of Americans — so-called “metadata,” including the length, origin and number of virtually every call in America, but not its content — as well as information from the country’s leading Internet companies. A series of disclosures about such efforts has reignited debate over where to draw the line between national security and individual privacy.

“It’s called protecting America,” Feinstein, the chairwoman of the Intelligence Committee, said in a June 6 press conference, arguing that the collection of metadata is routine.

“There is a significant gap between what the American people and most members of Congress believe is legal under laws like the Patriot Act and how government agencies are interpreting the law,” says a lengthy page on Wyden’s website outlining his longstanding efforts to make the government’s information gathering practices more transparent.

The split between Feinstein and Wyden reflects the degree to which the intelligence-gathering debate is scrambling the predictable partisan positions taken on most big issues in today’s Washington — in this case, prompting liberals and conservatives to line up on all sides of the issue.

Friends of both senators — Feinstein of California and Wyden of Oregon — say their strikingly opposed positions result both from their independent spirit, but also from strong beliefs forged by pre-congressional experiences.

In 1978, Feinstein was president of the San Francisco Board of Supervisors when a gunman entered City Hall and shot to death Harvey Milk, a fellow supervisor and gay activist, along with the city’s mayor, George Moscone. Feinstein announced the killings at a news conference and then succeeded Moscone as mayor.

Colleagues say the murders were formative for Feinstein, who was outraged that the killer, Dan White, claimed he was depressed and was convicted only of manslaughter. The incident continued to inform her positions after her election to the Senate in 1992, most prominently in the lead she has taken on gun control advocacy since the massacre of 26 people at a school in Connecticut last year.

“Dianne has always been pretty much a centrist on these issues, law enforcement, security,” said Mel Levine, a former Democratic Congressman from southern California.

Wyden, the child of German Holocaust survivors, entered public service through his activism as a young professor of gerontology concerned about insurance scams targeting seniors.

“The victims of these scams — seniors who had lived through two world wars — would look at me with shame in their eyes and tell me that they should have known better,” he wrote on the Huffington Post last year. “Stopping those insurance rip-offs was one of the reasons I ran for Congress.”

Wyden founded the Oregon chapter of the Gray Panthers, a social justice group focused on the rights of older Americans, in the 1970s. In 1980, he was elected to the House, and then to the Senate in 1996.

“He’s always been very much an independent thinker,” said Bob Horenstein, the director of the Portland, Ore. Jewish Community Relations Council. “He’ll find allies where he needs to find allies, and if he has to oppose a colleague, he’ll do that.”

Wyden and Feinstein both have reputations for walking away from their parties — and their natural constituencies — on principle.

Senator Ron Wyden, left, talking to Senator Jay Rockefeller during the nomination hearing of John Brennan for the Director of the Central Intelligence Agency, February 7, 2013. (John D. Rockefeller/Creative Commons) Feinstein is an outspoken advocate for the death penalty and has close ties to the centrist pro-Israel community and the American Israel Public Affairs Committee — neither position a particularly popular one in Feinstein’s northern California base. But she has also endorsed the 2002 Arab Peace Initiative, which calls for comprehensive peace in exchange for a return to the 1967 borders, and cited Israel’s use of cluster bombs in Lebanon to explain her repeated bids to ban the export of those arms.

In 2011, Wyden unnerved his Democratic colleagues when he joined with Rep. Paul Ryan (R-Wis.), the chairman of the House Budget Committee, in advocating for private options for seniors eligible for Medicare. Notably, the Gray Panthers, the organization that launched his public career, adamantly opposed the Wyden-Ryan proposal.

Wyden suggested in a lengthy response on the Huffington Post that he was not about to stop working with Republicans or anyone else if it would advance the rights of Americans.

“Because we worked together, Paul Ryan now knows more about the Medicare Guarantee and protecting seniors from unscrupulous insurance practices than he did before,” Wyden said. “If that is reflected in his budget this year, as someone who has been fighting for seniors since he was 27 years old, I think that’s a step in the right direction.”

Levine, the former California congressman, said that what Feinstein and Wyden had most in common was not worrying about whether they marched in lockstep with their colleagues.

“They’re both extremely principled, they do what they believe is right and they march to the tune of their own drummers, each of them,” he said.