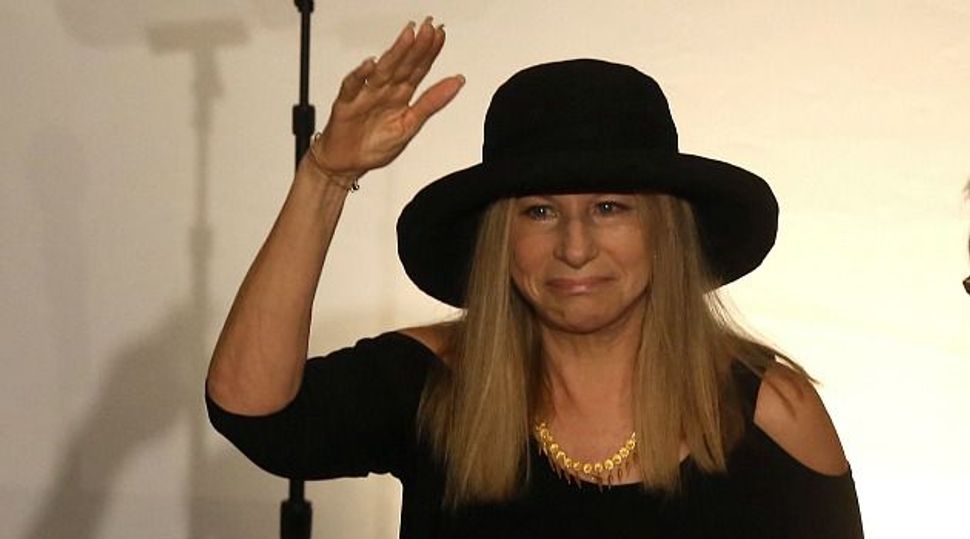 Babs Under Fire: Barbra Streisand, shown here at the Western Wall, was the subject of a nasty anti-Semitic comment in Holland. Image by getty images

Holland’s deputy premier has condemned an anti-Semitic comment made on Dutch television by a local singer about a concert by Barbra Streisand.

Singer Cornelis Willem Heuckeroth, better known as Gordon, said on the air last week that Streisand, a famous Jewish-American actress and singer, had come to the Netherlands to perform on June 6 because “she wants to earn money, which is a Jewish trait.”

“It seems to me that she needs money. She is right. I would do the same thing,” Gordon told an interviewer for the AT5 television network. “Quite typical for Jews,” he added. “It’s a good idea to scrape some more money.”

Following Gordon’s comment, Deputy Premier Lodewijk Asscher — who has Jewish roots, according to the daily Het Parool — wrote on Twitter that the Dutch singer was “unfit to be a role model.”

Asscher later spoke on the phone with editors at the RTL television and radio network, which has employed Gordon for several years as anchor of various television shows, according to De Gelderlander, a local daily. He told them that he wanted to meet with the singer in person and speak about his responsibilities as a television personality.

Gordon is quoted by De Gelderlander as saying he is not anti-Semitic.