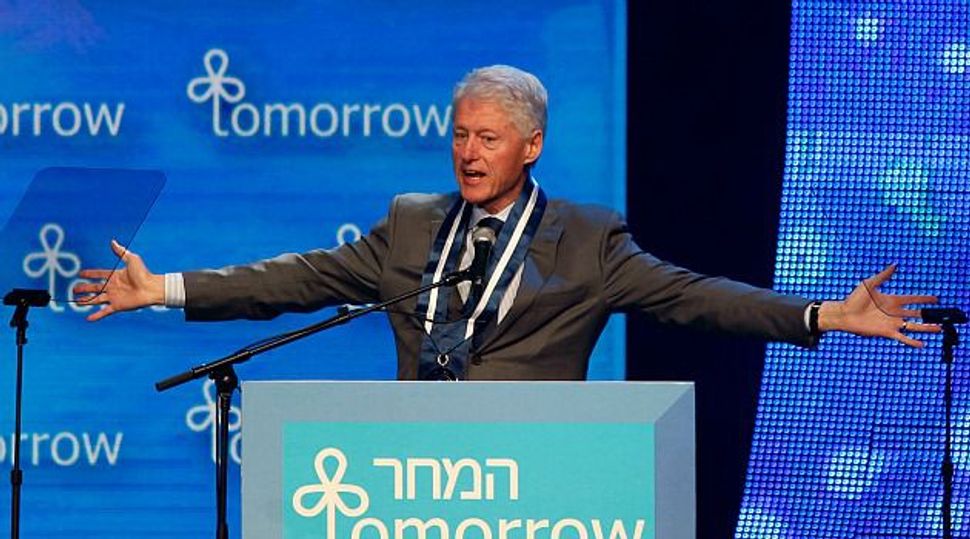 World leaders encouraged Israel and the Palestinians to move the peace process forward in the opening events of Israel’s Presidential Conference.

The conference, dubbed “Facing Tomorrow,” is a gathering of world leaders, celebrities and leading thinkers hosted by Israeli President Shimon Peres in Jerusalem.

The conference began on Tuesday with a celebration of Peres’ upcoming 90th birthday, where Peres issued his familiar call for Israel to push toward a two-state solution.

“The yesterday between us and the Palestinians is full of sadness,” he said. “I believe that the Israel of tomorrow and the Palestine of tomorrow can offer our children a ray of hope. The advancement of peace will complete the march of Israel towards the fulfillment of its founding vision.”

“There are no perfect solutions to the Israel-Palestine conflict,” he said, adding that “Somebody else’s idiotic, negative, crazy behavior should not” lead to a similarly negative response by Israel.

Peres currently is the world’s oldest serving head of state. His birthday is on August 2.

The conference will continue through Thursday.