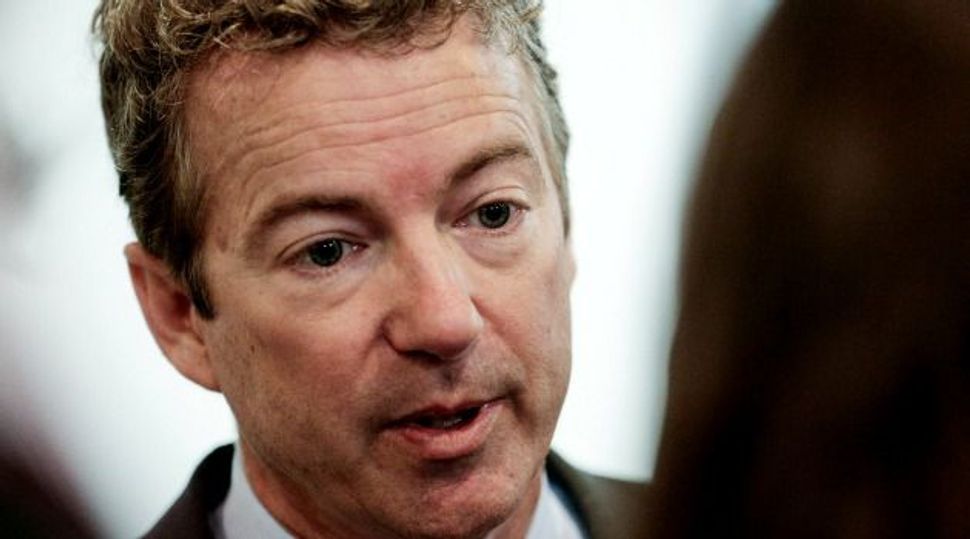 Sen. Rand Paul had a reconciliatory meeting with the Republican Jewish Coalition in his latest bid to forge ties with the pro-Israel community.

“There were some pleasant surprises,” Matthew Brooks, the Republican Jewish Coalition’s director, told the Washington Post’s Thursday edition, speaking of the meeting last week between Paul (R-Ky.) and the RJC board.

“While there may be areas of disagreement, he is very, very different — and certainly different with regard to his father,” Brooks said.

The RJC has sharply criticized Paul since his successful 2010 run for the Senate, particularly because of his opposition to defense assistance for Israel.

Since then Paul, who is eyeing a 2016 presidential run, has visited Israel and taken pains to distinguish himself from his father, Rep. Ron Paul (R-Texas), a perennial presidential candidate who has cast his own opposition to aid for Israel in stinging criticism of the Jewish state.

The younger Paul has instead said such aid harms Israel and has embraced other initiatives favored by the right-wing pro-Israel community, including cuts in assistance to Egypt and the Palestinian Authority.

Brooks in the Post article said Paul spoke of “putting Israel in a different category” than other nations. Some Republicans in recent years have favored such a distinction, which the mainstream pro-Israel community rejects and casts as unhelpful to Israel.

Brooks confirmed the meeting and his remarks to the JTA, but would not comment further.

Paul earned a standing ovation last month at a meeting of the Zionist Organization of America on Capitol Hill.

Such outreach marks an about-face for Paul, who during his 2010 run was the only major Senate candidate who would not take meetings from his local Jewish community or the American Israel Public Affairs Committee.