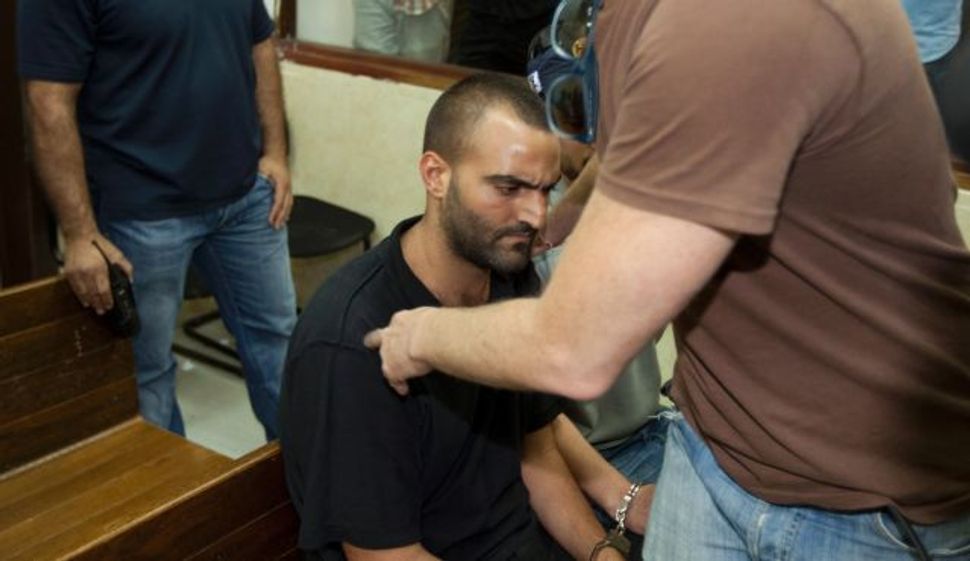 The prime suspect in the gay center shooting in Tel Aviv incriminated himself, Israel Police announced on Sunday.

Police say Hagai Felician, the main suspect in the 2009 attack at Tel Aviv’s Barnoar LGBT center, has tied himself to the shooting that killed Liz Trubeshi, 16, and youth counselor Nir Katz, 27.

During the past few days Felician shared a cell with a police informant who was able to elicit a confession from Felician that he took an active and significant role in the crime.

Earlier on Sunday the suspect told the police he knew his cellmate was a police informant, but he wanted to brag. “You have everything on me,” Felician told the police, “you solved the case, you can pat yourselves on the back.”

Felician was remanded for another eight days.

A second suspect in the attack, Tarlan Hankishayev, was released on Sunday. Police suspect that Hankishayev gave Felician the gun used in the attack, however agreed he would be released after Tel Aviv Magistrate Court Judge Ido Druyan determined that the prosecution failed to prove he was directly involved in the shooting.