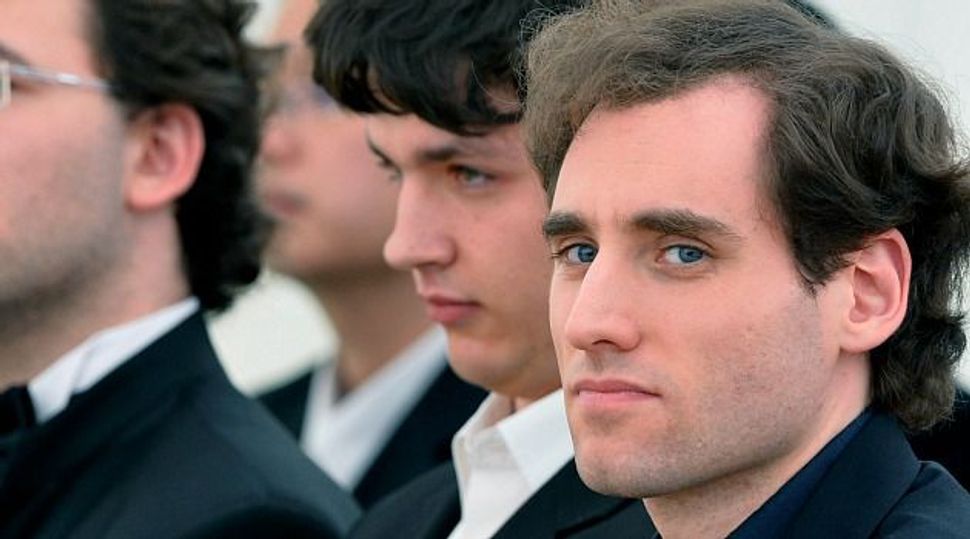 Piano Man: Virtuoso Boris Giltburg vowed to shun competitions from now on after his stunning memory lapse in the middle of a performance. Judges over looked his stumble. Image by getty images

Competitions are for horses, not for artists was the verdict of the great Hungarian composer and pianist Bela Bartok.

And there is a part of Israeli pianist Boris Giltburg, declared winner on June 1 of one of the world’s most prestigious and gruelling music contests, that agrees.

He won Belgium’s Queen Elisabeth Competition in spite of a memory lapse that froze him as he performed Mozart in the semi-finals. His mother and grandmother, both pianists, left the concert hall, unable to listen any longer and convinced it was all over, as was Giltburg.

“What I most wanted to do was crawl away, but I knew I couldn’t. It’s a feeling of utter hopelessness,” he told Reuters, relaxing at last over chocolate dessert in a Brussels brasserie.

After the performance, he forced himself to play back the recording and discovered, contrary to his expectations, he had not actually stopped.

His right hand had continued to play “something”, he said. But the revelation, was that, after the blackout, he recovered, his playing improved, his muscles relaxed and Mozart flowed.

Still, he was incredulous that he was selected for the finals – and the next ordeal in the form of a week of confinement in Waterloo, near Brussels.

In the “Chapelle musicale” (literally musical chapel), built for the purpose, the 12 finalists, denied all access to the outside world, had to learn a fiendishly difficult new work by French composer Michel Petrossian, as well as rehearsing their chosen performance pieces – in Giltburg’s case a Beethoven sonata and a Rachmaninov concerto.

To add to the hot-house atmosphere, in which everyone was acutely aware of everyone else’s talent, Petrossian’s piece was 16 minutes long, compared with the average of about 10 minutes for the surprise work handed to the contestants at this stage.

Torn between anger and despair, Giltburg, who has just turned 29, said it was one of the toughest weeks of his life so far and the anger has not subsided.

“I’m a bit angry at the world for not having come up with another way of discovering talent other than competitions,” he said.

He vows he would never be on a jury, making the kind of decision that determines someone’s future, but at the same time he brims with gratitude for the judges who selected him – themselves performers aware that even superb pianists can forget a few notes.

Set up by Belgium’s Queen Elisabeth, the Brussels-based contest is one of a handful of truly great springboards for a musician’s career. On the strength of it, Giltburg has more than 80 concerts worldwide before the end of the year.

They include performances in Russia, where he was born, and Israel, where he has lived since his family emigrated there in 1990.

While the family was on the move, Giltburg briefly tried to learn the violin, but there was no affinity and he persuaded his reluctant mother, who thought there were enough pianists in the family, that she had to teach him. “She’s still my harshest critic,” he said.

He also studied with Israel’s Arie Vardi and attended the Buhmann-Mehta Academy of Music, part of Tel Aviv University.

For the future, he said there will be no more competitions, only concert performances, which he loves.

“It’s my main driver forward. There comes a point where you can’t advance any more without performing before an audience. It’s the real thing, which is un-simulate-able,” he said.

In concerts, technical perfection takes second place to creating an atmosphere and communicating and Giltburg has a mission to reach beyond the typical classical audience.

He has a Facebook page and a blog to try to explain to the non-initiated classical music’s power. “Music, as a creation of humanity, there’s little I would place above it,” he said. “I want to bring the same kind of feeling to everybody.”