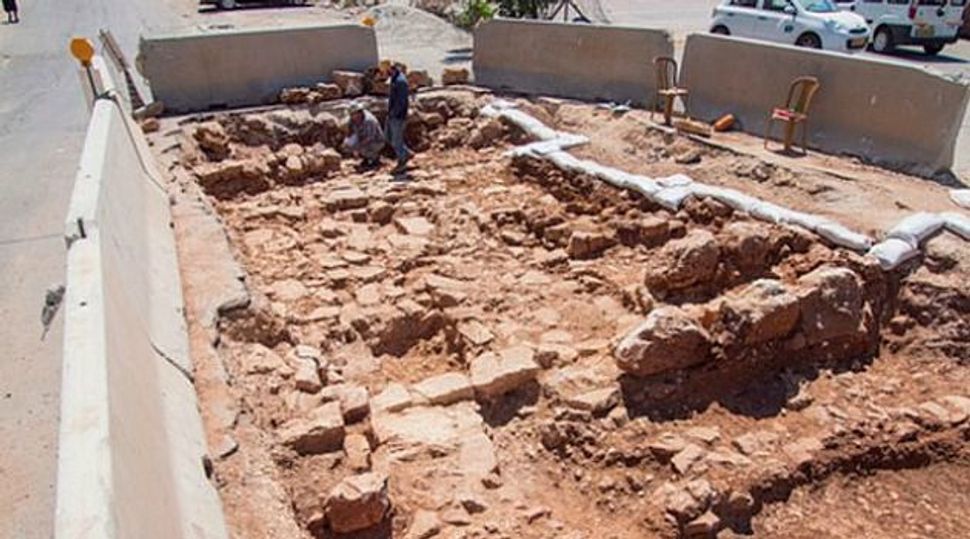 A section of a 1,800-year-old ancient road from the Roman period running from Jerusalem to Jaffa was uncovered in northern Jerusalem.

The road was discovered during excavations by the Israel Antiquities Authority in the Israeli-Arab neighborhood of Beit Hanina in advance of the installation of a drainage pipe.

The road made of large, flat stones and bound on both sides by curbstones is badly worn in some areas, indicating that it was used extensively and repaired several times.

Other segments of the road had been excavated previously by the Antiquities Authority, but nothing as well preserved as the section recently uncovered in Jerusalem, David Yeger, excavation director on behalf of the authority, said in a statement.

“The Romans attached great importance to the roads in the empire,” he said. “They invested large sums of money and utilized the most advanced technological aids of the period in order to crisscross the empire with roads.”

The Beit Hanina section was part of a Roman road that ran to the coast following the same path as the modern Route 443.