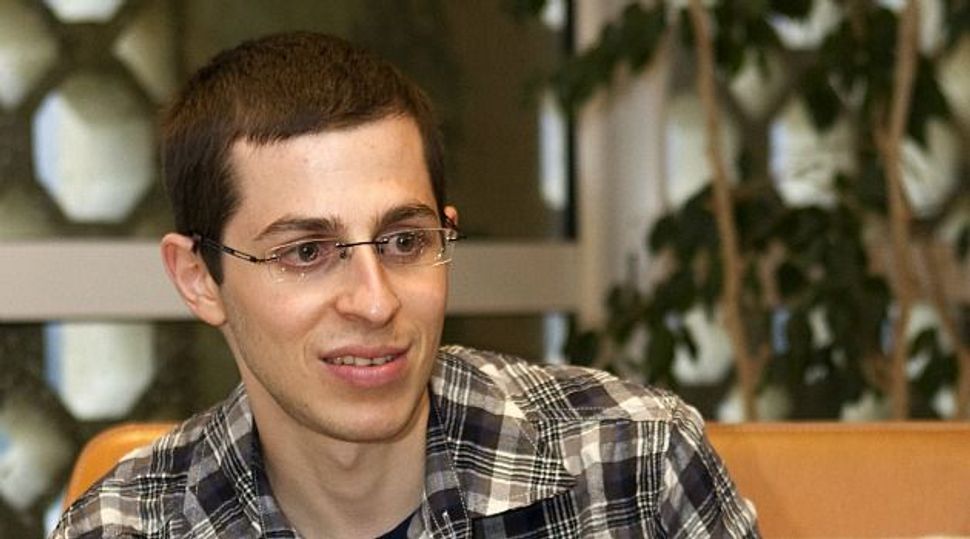 Jewish Hero? Should The Jewish Tribune have aired criticism of Gilad Shalit?s conduct while in Hamas captivity? Image by getty images

The statement added that the organization hosted Shalit as a guest at the B’nai B’rith Europe Young Jewish Adult Forum in London in November 2012, where 200 delegates from more than 20 European countries, Israel and the United States witnessed as Shalit was made an honorary B’nai B’rith International member.

“While his story is intriguing and his return heartwarming, some have expressed concern that by appearing worldwide as an invited guest speaker, Shalit — who showed no resistance during his abduction nor made any attempt to protect his fellow IDF soldiers — could now become a new Israeli icon,” wrote Atara Beck, the Tribune’s Israel correspondent, in the story published last week.

The article did not cite any sources critical of Shalit’s visit. He is scheduled to make appearances in Toronto, Montreal, Calgary and Vancouver.

The newspaper also published a letter referring to Shalit as a “stumblebum” and calling his visit a “dubious honor.”

Shalit was the only member of a three-man crew who survived a cross-border, guerrilla-style attack on June 25, 2006 by armed Palestinians who captured him and hid him in Gaza. He was released in a 2011 deal with Hamas in exchange for 1,027 prisoners, many of them convicted terrorists responsible for killing Israelis.

The head of the Jewish National Fund of Canada, Shalit’s host for his Canada visit, said the planned speaking venues will be full.

“The response to it has been overwhelmingly positive,” CEO Josh Cooper told the Canadian Jewish News.

Cooper told the Tribune that Shalit was not being honored by the JNF, but rather his visit was a way of thanking those in Canada who supported him during his captivity.

Shimon Fogel, CEO of the Centre for Israel and Jewish Affairs, defended Shalit’s visit. “He represented the very ethos that the Jewish state, Israel and the Jewish community in the Diaspora will do what it can do, however wrenching, to secure the release of those who served the state,” Fogel told CJN.