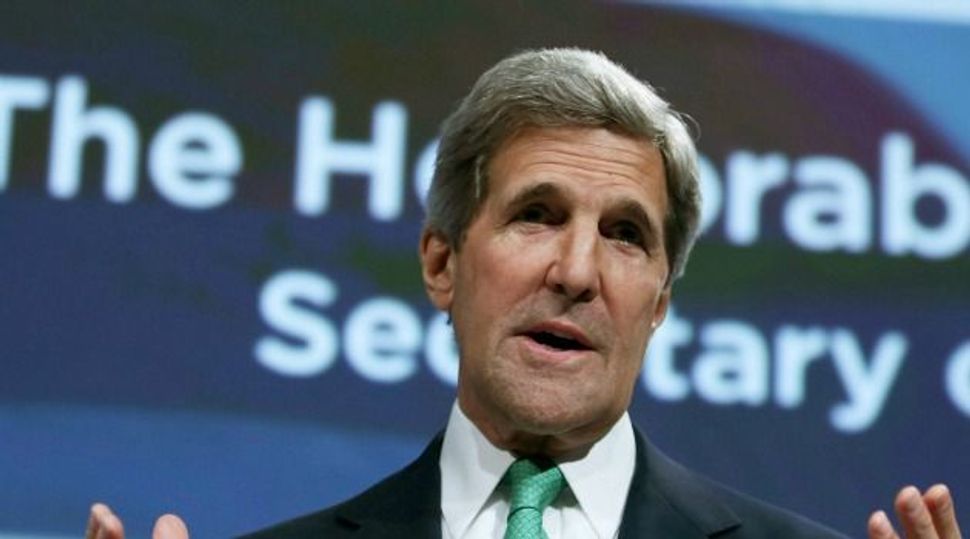 Secretary of State John Kerry accelerated his Middle East shuttle diplomacy on Friday in the hope of persuading the Palestinians to resume direct peace negotiations with Israel stalled over its West Bank settlements.

After seeing Palestinian President Mahmoud Abbas in Jordan, Kerry travelled to Jerusalem for evening talks with Israeli Prime Minister Benjamin Netanyahu – a meeting that had been originally expected on Saturday.

It would be the second time in as many days that Kerry has spoken to Netanyahu, a stepped-up pace suggesting new urgency to the top U.S. diplomat’s monthly missions, although he has presented his role more as one of assessing the sides’ peacemaking terms.

“We had a good, long meeting,” Kerry told Abbas in Amman, referring to his Thursday night talks with Netanyahu. He added: “We’re going to go back.”

Direct negotiations broke down in late 2010 in a dispute over Israel’s settlements in the occupied West Bank and East Jerusalem, among territories where Palestinians seek statehood.

Abbas has insisted that building in the settlements, viewed as illegal by most world powers, be halted for talks to resume. He also wants Israel to recognise the boundary of the West Bank as the basis for the future Palestine’s border.

Israel wants to keep settlement blocs under any future peace accord and has rejected Abbas’s demands as preconditions. But it has also quietly slowed down settlement housing starts.

Palestinian and U.S. officials did not immediately comment on the results of the Abbas-Kerry meeting. Zeev Elkin, Israel’s deputy foreign minister, placed the peacemaking onus on Abbas.

Asked on Israel Radio whether the U.S. secretary of state’s visit – his fifth – could bring a breakthrough, Elkin said: “The only one who knows the answer to that question is not Kerry nor Netanyahu, but Abu Mazen (Abbas).”

Kerry has divulged little of his plan to bring the sides together, but has said he would not have returned to the region if he did not believe there could be progress.

He is also keen to clinch a peacemaking deal before the United Nations General Assembly, which has already granted de facto recognition to a Palestinian state, convenes in September.

State Department officials believe the sides will return to negotiations once there is an agreement on confidence-building measures – for example, partial Israeli amnesty for Palestinian security prisoners – and a formula for fresh talks.

Part of the incentive for the Palestinians to return to talks is a $4 billion economic plan led by former British prime minister Tony Blair. The plan involves private sector investments to boost jobs and spur economic growth in the Palestinian territories.