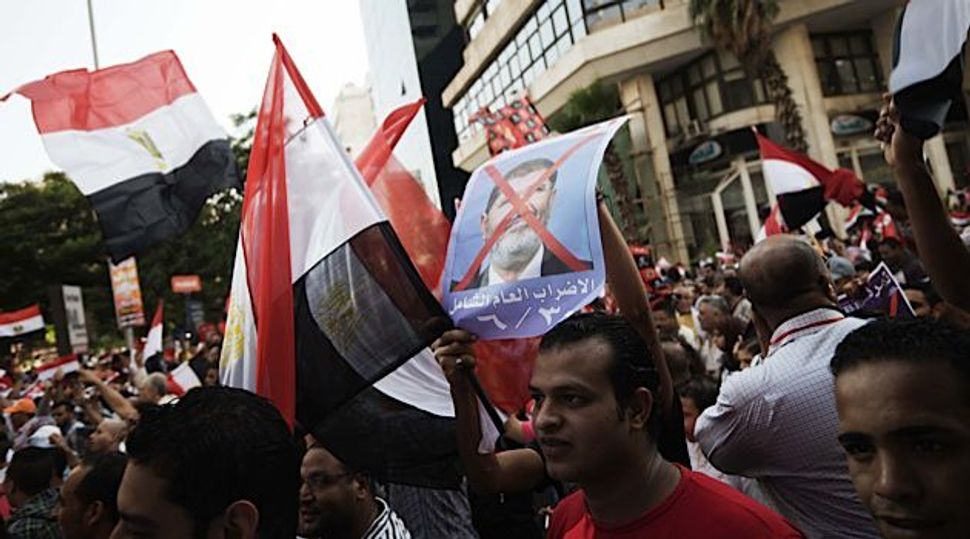 The attack came amid protests across Egypt calling for President Mohamed Mursi of the Brotherhood to resign, in which hundreds of thousands demonstrated on the first anniversary of his inauguration.

Brotherhood spokesman Gehad El-Haddad said he was in contact by telephone with staff at the compound on a rocky plateau overlooking Cairo, who told him its fortified perimeter had not been penetrated. A Reuters journalist saw flames licking out of upper-storey windows.

Hundreds of anti-Mursi protesters gathered outside, kept back by shotgun blasts from inside the compound, continued to hurl flares and rocks. No police were present. Some protesters were taken away with wounds from birdshot.

Several provincial offices of the Islamist movement have been attacked in recent days, including others on Sunday.

Two men including an American bystander were killed when the Brotherhood’s office in Alexandria was attacked on Friday and dozens were wounded. The office was torched and ransacked.