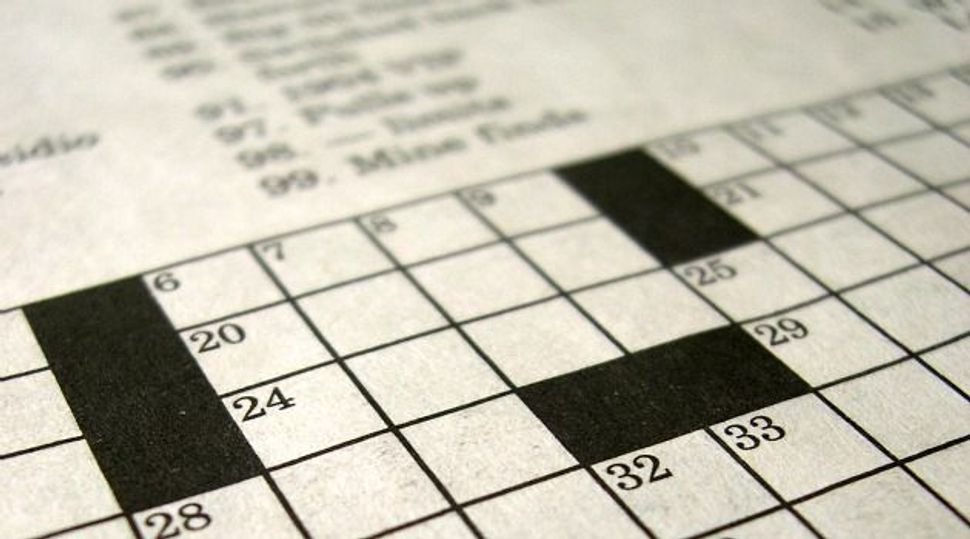 A major newspaper company has apologized for using Shylock as a clue for the answer “Jew” in a nationally syndicated crossword puzzle after the Anti-Defamation League said it was insensitive.

Tribune Media Syndicate, which provides content to 4,000 outlets and reaches 10 million readers, said in its apology that appeared in newspapers on Sunday that the puzzle “should not have been distributed with that clue.”

Tribune Media added that it “is very sensitive to racial or cultural references in the content we distribute and regret that this slipped through.”

The ADL had called on the syndicate’s editors to apologize for using the clue after it appeared on Friday in newspapers across the country.

Shylock refers to the Jewish moneylender in the play “The Merchant of Venice” by William Shakespeare.

“Perhaps the puzzle authors were unaware of the use of Shakespeare’s Shylock character throughout the years as a vehicle for anti-Semitism,” ADL National Director Abraham Foxman wrote in a letter to Tribune Media Services.

“Selecting Shylock to elicit the answer ‘Jew’ demonstrates cultural ignorance and an extreme lack of sensitivity. “Even if done inadvertently, such a linkage perpetuates classic anti-Semitic stereotypes of Jews as evil and money-hungry.”