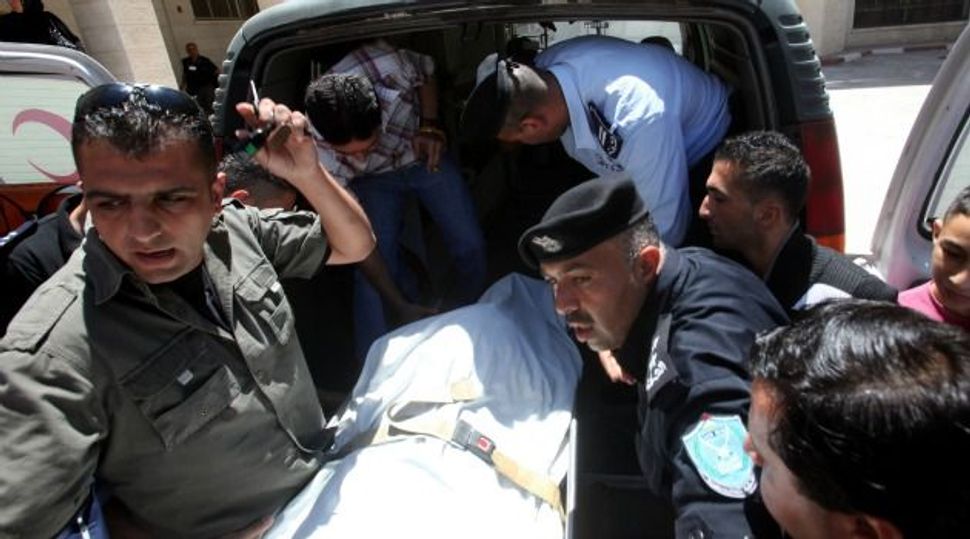 Israeli soldiers shot dead a Palestinian during a confrontation in the occupatied West Bank, officials said.

An Israeli military spokeswoman said Palestinians threw rocks at soldiers who were on routine duties in the Dura village, near the city of Hebron.

“They then began climbing a military vehicle. The security forces warned the suspects and used riot dispersal means. Finally, with no other option, they responded with fire at one of the suspects and the incident is currently being investigated,” she said.

“Sharawneh was killed though he did nothing wrong. We hold the occupation authorities responsible for what has happened and what might happen as a result,” Hamid told Palestinian radio.

Violence in the West Bank has risen since the beginning of 2013. Israeli forces have killed 10 Palestinians there this year, most of them in clashes, compared with three killed in n the same period in 2012, according to The United Nations Office for the Coordination of Humanitarian Affairs.

Some officials have said a wider flare-up could ensue if a U.S. bid to revive peace talks between Israel and the Palestinians fails.