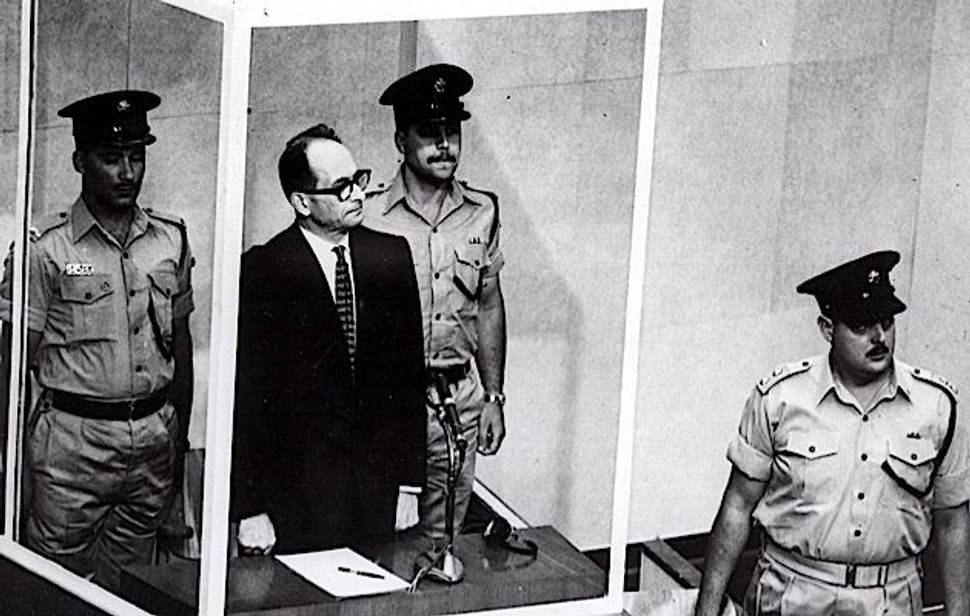 The Man in the Glass Booth: Adolf Eichmann faces the court during his 1961 trial in Jerusalem. Image by getty images

The Bild Zeitung newspaper, which sued in 2011 to see the files, could try to appeal the June 28 decision by the Federal Administrative Court to Germany’s Supreme Court, according to reports. The administrative court determined that the foreign intelligence agency was within its rights to black out passages from the documents.

The files were all that remained after the government reportedly had thousands of documents destroyed. Bits of information that were revealed indicated that the German government knew where Eichmann was hiding at least eight years before his capture by Israeli agents in Argentina in 1960.

The government allegedly did not share what it knew with the CIA and Israel’s Mossad intelligence agency until 1958. Eichmann was executed in Israel in 1962 following a trial there.

Reporters who saw some of the censored documents several years ago said the German Information Agency learned in 1952 that Eichmann was hiding in Argentina under a false name. Some of the information stemmed from the editor of a German-language newspaper in Argentina.

Efraim Zuroff, chief Nazi hunter for the Simon Wiesenthal Center, told JTA in a call from Jerusalem “there is no question that there was a certain lack of political will to bring these people to justice” in the post-war years. Zuroff added that it was “outrageous” that the court continues to bar access to the truth.