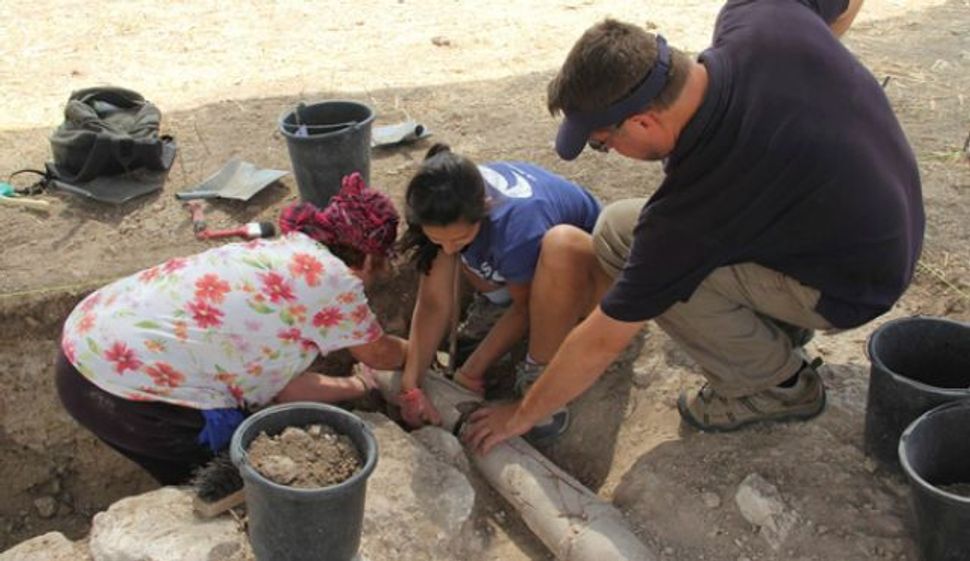 Israeli archaeologists have found ruins they believe are the site of one of the two Roman legions based in the country between 120 and 300 C.E.

Israel Antiquities Authority archaeologist Yotam Tepper had long suspected that the site in the Galilee was the base of the Legio Sexta Ferrata, the 6th Roman Legion, also known as the Ironclad Legion. The other legion in the country was the 10th, based in Jerusalem.

Over the past week, an expedition led by Tepper and archaeologist Matthew Adams found the base of a battery or wall, a moat surrounding the camp, water pipes, a covered sewage channel, coins and tiles. The legion’s symbol adorned a broken shingle.

The site sits between two other historical gems: Tel Megiddo, the ancient fortified city that has been named a UNESCO World Heritage site, and the oldest known Christian house of worship, which was discovered around seven and a half years ago about a kilometer south.

Tepper uncovered the Christian site during antiquities authority digs at Megiddo Prison in 2005. Now the legion site is in focus; it’s why the area became known as Legio. In Arabic, it was known as Lajun before early Zionists restored the name Megiddo. “We’re very excited,” said Tepper, who has been excavating the Legio-Megiddo area for 15 years