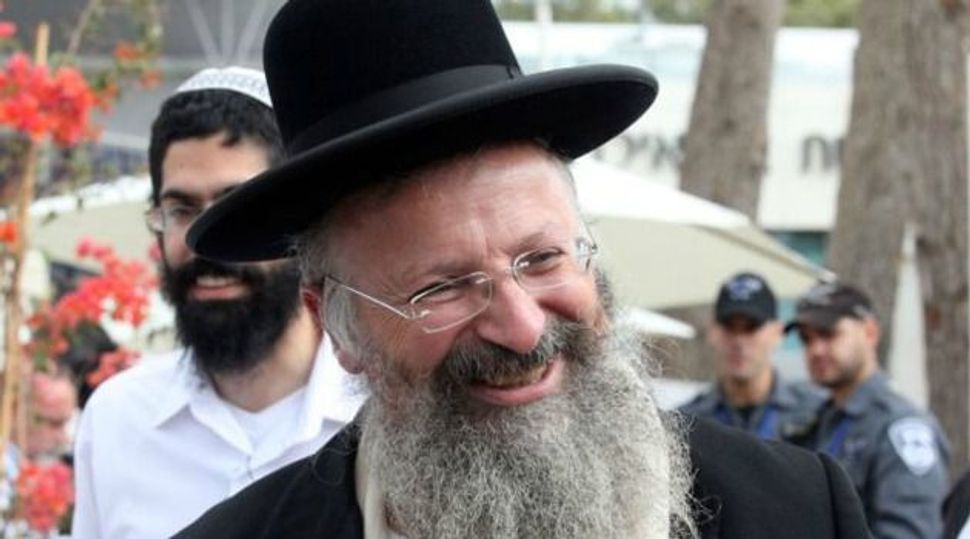 Controversial: Shmuel Eliyahu is a candidate for Sephardic chief rabbi of Israel. He has said Jews should not rent or sell property to Arabs and called Palestinians a threat to Jewish women. Image by haaretz

Most of the members of the Jewish Home Knesset faction support the election of Safed’s chief rabbi, Shmuel Eliyahu, as Sephardic chief rabbi of Israel.

The MKs have voiced their support despite criticism of Eliyahu’s candidacy even within the religious Zionist movement because of racist statements he has made in the past. Haaretz checked and found that at least seven of the 12 Habayit Hayehudi lawmakers would support Eliyahu for the post.

Eliyahu has not formally declared his candidacy and in recent weeks, he has been seeking support for his candidacy elsewhere, for example among ultra-Orthodox rabbis throughout the country. Eliyahu is accompanied on his visits to these leaders by Rabbi Simcha Hacohen Kook, the chief rabbi of Rehovot.

Although Habayit Hayehudi has not held a meeting on the matter, the issue is high on the priorities of party chairman and Economy Minister Naftali Bennett, who is also the religious services minister.

Bennett’s associates say that he tends to support Eliyahu but is hesitating to say so openly because of the expected public criticism that would follow. Bennett is said to have been very close to Eliyahu even before the last Knesset election, and according to one close associate “he supports Rabbi Eliyahu for chief rabbi, but it’s unlikely he’ll commit suicide over it.”