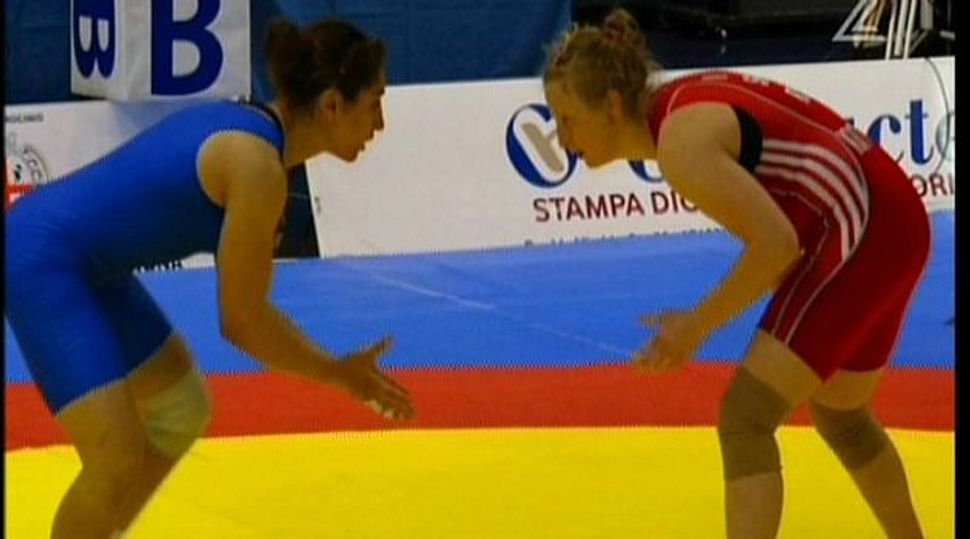 An Egyptian wrestler who bit her Israeli opponent during competition was suspended by wrestling’s international body.

Enas Moustafa Youssef Khourshid was “immediately suspended” by the International Federation of Associated Wrestling Styles after the Grand Prix event last month in Sassari, Italy, according to the Associated Press.

Khourshid also refused to shake the hand of Israeli wrestler Ilana Kartysh both before and after the bout.

Kartysh told the Israeli media after the bout that in addition to being bitten on the back by the Egyptian wrester, Khourshid also broke two of her fingers.