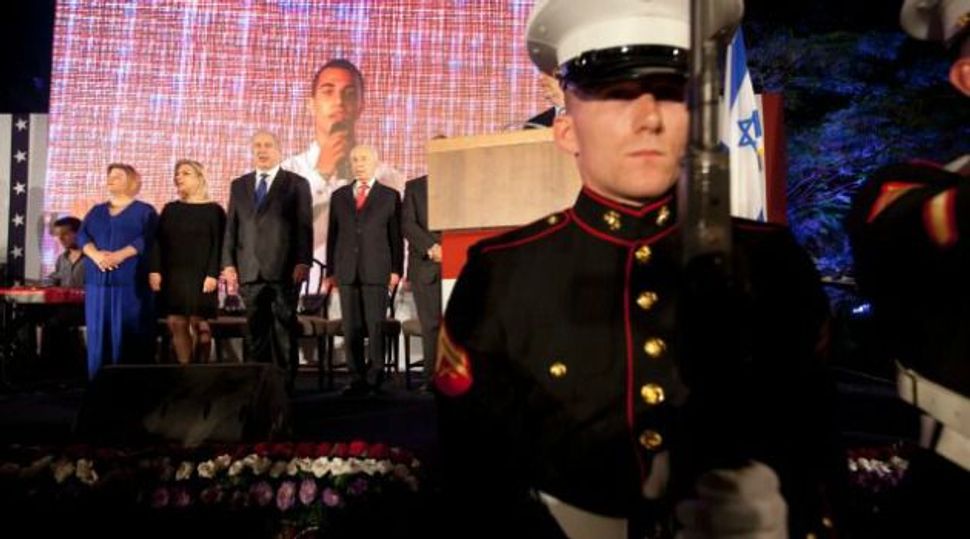 The U.S.-funded Alhurra network said Thursday that one of its cameramen was interrogated and strip-searched by Israeli security men while covering a July 4 party at the U.S. ambassador’s residence near Tel Aviv.

The Arab satellite channel had coordinated with the Israeli prime minister’s office to cover the event on behalf of the international media. But when cameraman Samer Jallad arrived, he said he was detained for questioning, ordered to remove his shoes and sit in the sun for more than half an hour, and then taken to a room where he was forced to remove his pants for a body inspection. He said he was held for more than 90 minutes before he was permitted to enter.

It was the latest in a string of incidents in which Israeli security have used heavy-handed tactics against Arab journalists, a practice Israel has defended as necessary for security. Jallad, who said he has covered Prime Minister Benjamin Netanyahu on many occasions, is a Palestinian from East Jerusalem who holds full Israeli residency rights and has a government-issued press card.

The Foreign Press Association, which represents international media in Israel, called on the U.S. Embassy to condemn the incident.