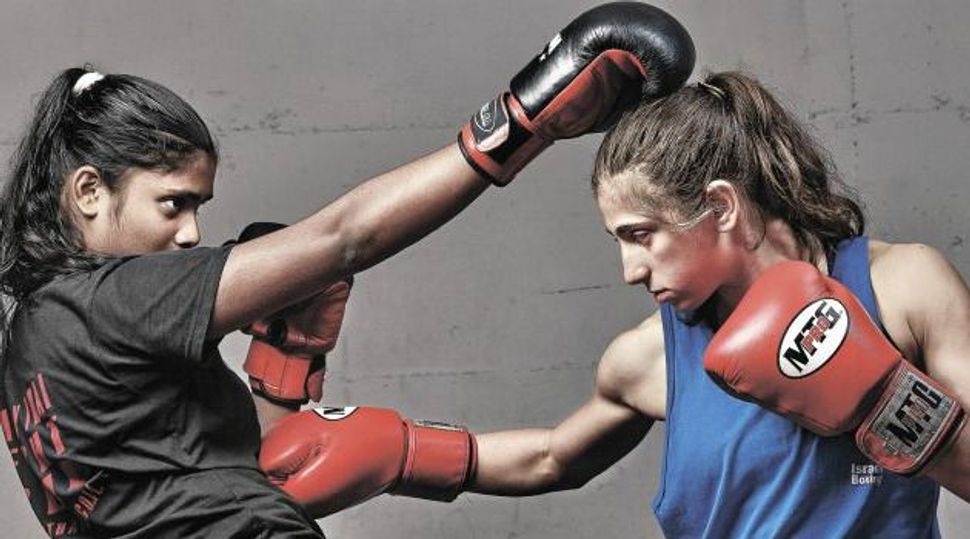 Nili Block, whose family is American, long-limbed, lean and muscular, in a blue tank top and black sweatpants, was hunched over a red bag. Her ponytail waving wildly, strands of hair plastered to her perspiring face, she flayed it with her legs in a blur of furious precision. On the other side of the gym, Sarah Avraham, tall and athletic, ran to a punching bag, hugged it and leaned her head against it, then leaped up and kneed it ruthlessly.

“Careful! Careful!” the trainer, Eddie Yusupov warns him. “Come on, Nili − push, push, push!” Block is in fact injured and is not supposed to exercise her legs for another week, but when Yusupov shouts “Sprint!” she lowers her head and races for the wall.

Until about a month ago, on top of their training the two also attended an ulpana, a high school for Orthodox girls. Avraham immigrated from India four years ago with her family, who are converts to Judaism. Block’s dream is to take part in the Olympic Games of 2016 in Rio de Janeiro.