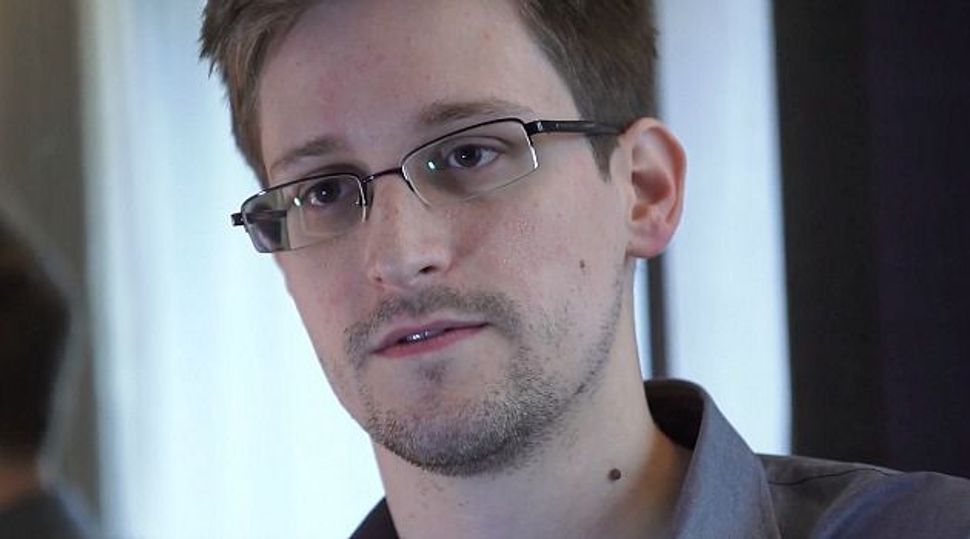 Snowden made the statement as part of an interview with the German news magazine Der Spiegel in which he answered encrypted questions sent by security software developer Jacob Appelbaum and documentary filmmaker Laura Poitras. Excerpts of the interview were published Monday on the Spiegel website.

Snowden was asked if the U.S. National Security Agency partners “with other nations, like Israel?” He responded that the NSA has a “massive body” responsible for such partnerships called the Foreign Affairs Directorate.

He also was asked, “Did the NSA help to create Stuxnet?” Snowden responded, “NSA and Israel co-wrote it.”

Stuxnet in 2010 wrought havoc on equipment at Iran’s Natanz nuclear plant and complicated the manufacture of highly enriched uranium, which the West suspects is intended for making atomic weapons. The virus temporarily disabled 1,000 centrifuges being used by the Iranians to enrich uranium.

Snowden, a former technical contractor for the NSA and employee of the CIA, last month revealed the existence of mass surveillance programs by the United States and Britain against their own citizens and citizens of other countries.

He said Germany and most other Western nations are “in bed together” with the NSA.

Snowden said a private citizen would be targeted by the NSA based on Facebook or webmail content.

“The only one I personally know of that might get you hit untargeted are jihadi forums,” he said.

Snowden is a fugitive of the United States who is believed to be in Moscow’s Sheremetyevo Airport. Three Latin American countries — Venezuela, Nicaragua and Bolivia — have offered him asylum, NBC reported.