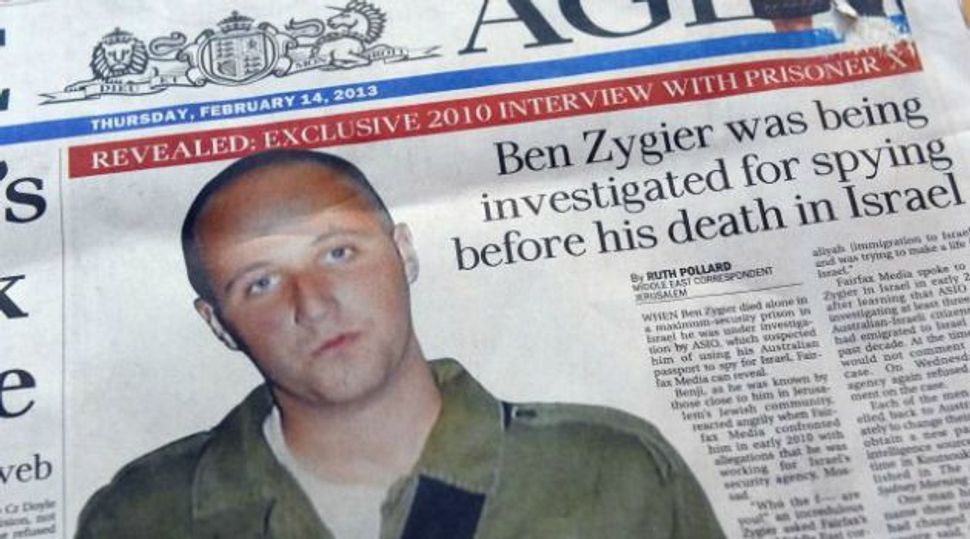 Ben Zygier, the former Mossad agent who committed suicide in his guarded cell while on trial for serious security crimes in December 2010, was not the only prisoner being held anonymously at the Ayalon Prison at that time, according to court documents released for publication on Monday at Haaretz’s request.

According to the documents, from the Central District Magistrate’s Court, the other prisoner had already been convicted. It’s not clear what his crime was or if he is still in jail. But he was being held under conditions similar to those in which Zygier was held.

Zygier was arrested in February 2010 and spent 10 months in an isolation cell in Ayalon’s Block 15 before killing himself. The court documents reveal that apparently another man was then serving his sentence in Block 13. According to the report, it is possible that he, too, was an Israeli citizen with a background in security, though it’s not clear if he was also in the Mossad. And as with Zygier, the Shin Bet security service and the prison’s intelligence officers were in charge of all his contact with the outside world.

This information was included in an appendix to the transcript of hearings and decisions on the Zygier case, which the court president, Judge Daphna Blatman Kedrai, released for publication at Haaretz’s request.