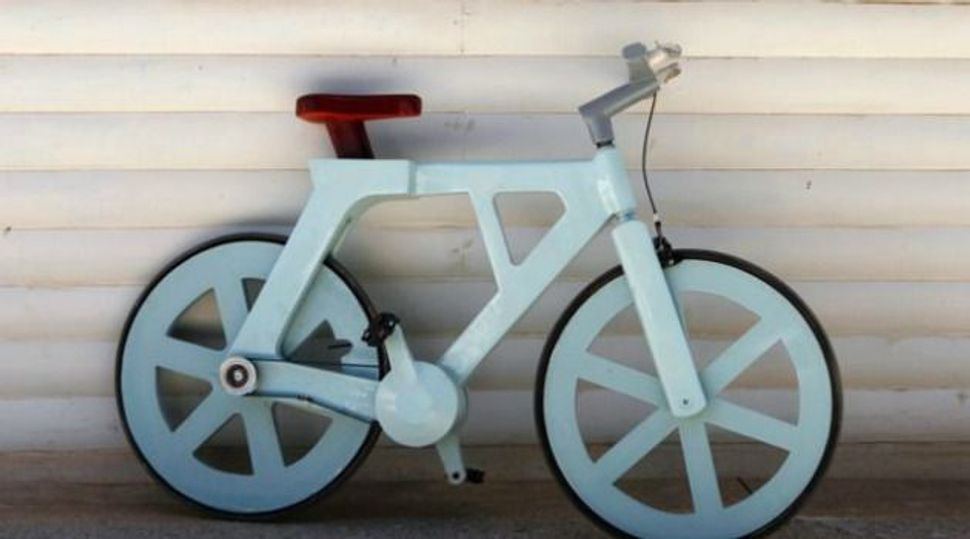 “A bicycle made of recycled cardboard, plastic and rubber can change the world,” the company says, and promises that, despite the component materials, the bikes will be durable, fire- and water-resistant, and able to carry up to 180 kilograms.

Cardboard Technologies has its roots in a project by Izhar Gafni, who four years ago succeeded in producing ultra-strong cardboard using special folding and cutting techniques. The company took shape with the help of Gigi Karib and venture capitalist Nimrod Elmish, who is now CEO.

The bikes weigh only nine kilograms, and will sell for between $30 and $50 in developing countries, and $100 in developed nations.

Jeffrey Swartz, founder of the footwear and apparel company Timberland, joined the project as an investor in early June, and will be responsible for the company’s finances. The company believes that to build its planned factory in Or Akiva it will need $5.5 million.