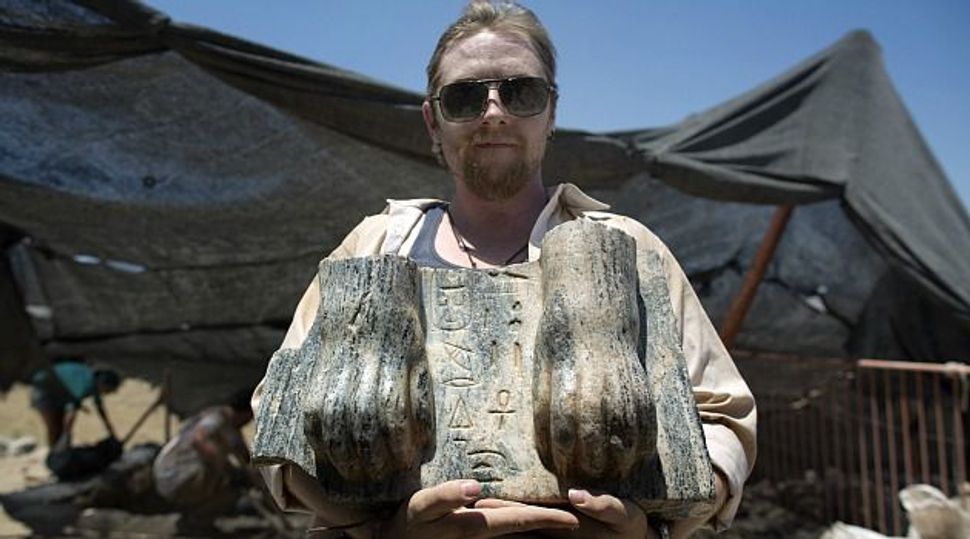 Archaeologists in northern Israel have discovered an Egyptian sphinx thought to date back at least three millennia.

Unearthed on Tuesday, the sphinx, according to AFP, bears a dedication to the Egyptian ruler Mycerinus, who ruled circa 2500 B.C.E. and built one of the three pyramids at Giza. Researchers estimate that the sphinx arrived at its location in the town of Tel Hazor in around 1500 B.C.E. as a gift from a later ruler.

“It’s possible the statue was sent by the Egyptian ruler to king of Hazor, the most important ruler in this region,”Amnon Ben-Tor, the Hebrew University professor managing the dig, told AFP.

Archaeologists have so far found the forearms and paws of the sphinx and hope to find more pieces in the coming days.