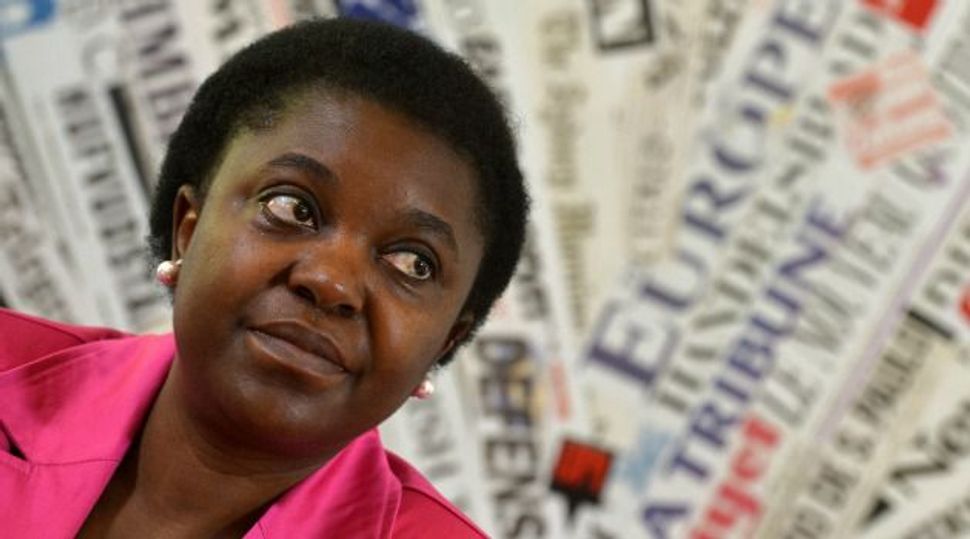 Trailblazer:Cecile Kyenge, the first black Italian government minister, has won support from Jews after being subjected to racist abuse. Image by getty images

Italy’s Jewish leadership expressed “all the solidarity of Italian Jews” to an Italian government minister who is black and who has been the target of racist slurs and death threats.

The most recent slur against Minister for Integration Cécile Kyenge, who immigrated to Italy from the Democratic Republic of the Congo nearly 30 years ago, came from the vice president of the Italian senate, Roberto Calderoli.

In a statement Sunday, Renzo Gattegna, the president of the Union of Italian Jewish Communities, called Calderoli’s remarks “shameful” and “an offense against the institutions and against Italian society as a whole.”

He added, “There are no misunderstandings when phrases like this are concerned, only a sense of profound uneasiness and shame for whoever has made them. All the solidarity of Italian Jews goes to minister Kyenge.”

Since being named to Prime Minister Enrico Letta’s center-left government two months ago, Kyenge has had to contend with an avalanche of hate speech mainly from extreme right political groups. Death threats have been posted on Facebook.

Letta called Calderoni’s words “unacceptable, beyond all limits.” Other politicians also condemned Calderoli and some called for his resignation.