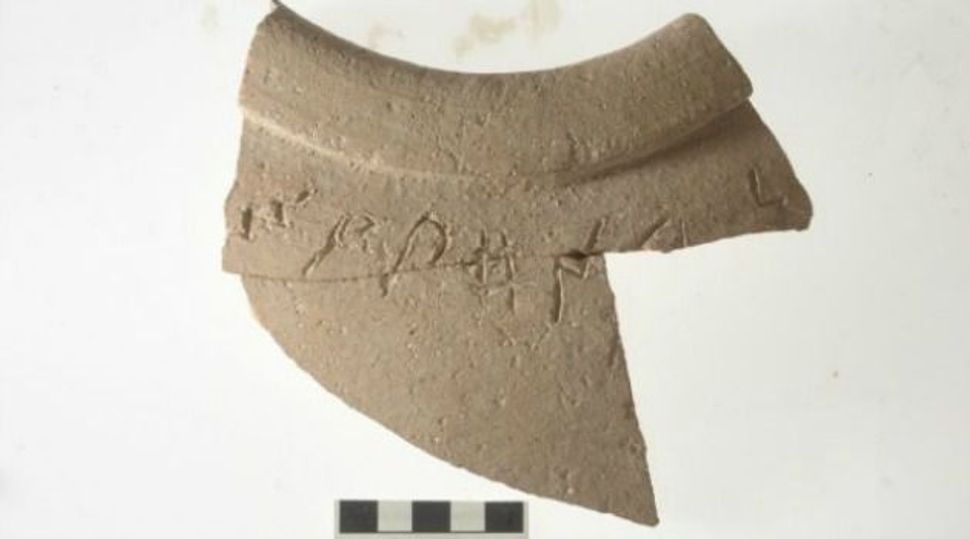 Israeli archaeologists last week discovered a fragment of a ceramic jar they say dates back to the time of Kings David and Solomon and bears the earliest sample of written text ever found in Jerusalem.

The inscription is engraved on a large pithos, a neckless ceramic jar found during excavations at the Ophel site, near the southern wall of the Old City.

Researchers say the text is in the Canaanite language and dates to roughly 250 years before the earliest known Hebrew inscription from Jerusalem (the Siloam inscription) from the eighth century BCE.

The meaning of the inscription is unknown, but it contains eight letters, which could be part of the name of the jar’s owner or a description of its contents. Reading from left to right, the text contains a combination of letters, approximately 2.5 cm tall, which translate to m, q, p, h, n, (possibly) l, and n.

The inscription was engraved near the edge of the jar before it was fired, and only a fragment of it has been found, along with fragments of six large jars of the same type.

An analysis of the jars’ clay composition indicates that they are all of a similar make, and probably originate from the hills near Jerusalem.