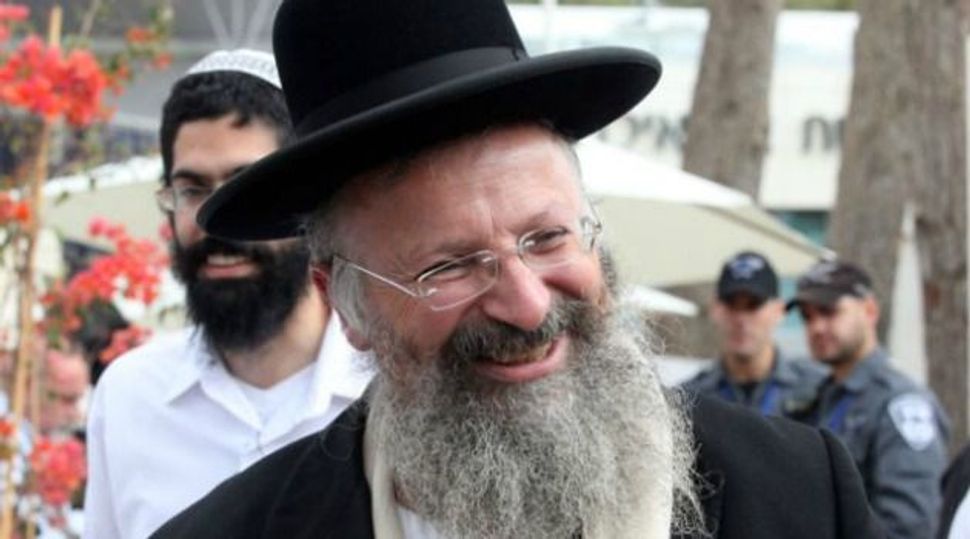 Attorney General Yehuda Weinstein informed Rabbi Shmuel Eliyahu on Monday evening that it would be inappropriate for him to run for the post of Sephardi chief rabbi, in light of certain contentious remarks and the “legal difficulties” posed by his candidacy.

Eliyahu, the current chief rabbi of Safed and the son of former Sephardi Chief Rabbu Mordechai Eliyahu, has been embroiled in controversy due to anti-Arab statements attributed to him.

The rabbi himself categorically denies having made racist remarks, defending some of his comments as being taken out of context while insisting others were never uttered. “Must I as a rabbi explain why I oppose intermarriage?” he wrote in a letter to Weinstein. “Must I explain why I oppose same-sex marriages or support people becoming observant?”

Weinstein does not have the authority to disqualify Eliyahu from running for the post of Sephardi chief rabbi, since the two positions – one Ashkenazi and the other Sephardi – are not government appointments.

Selection of the chief rabbis is made by an assembly of public representatives. The practical result of Weinstein’s stance is that if Eliyahu is elected, the state would not defend any court challenges to the selection.