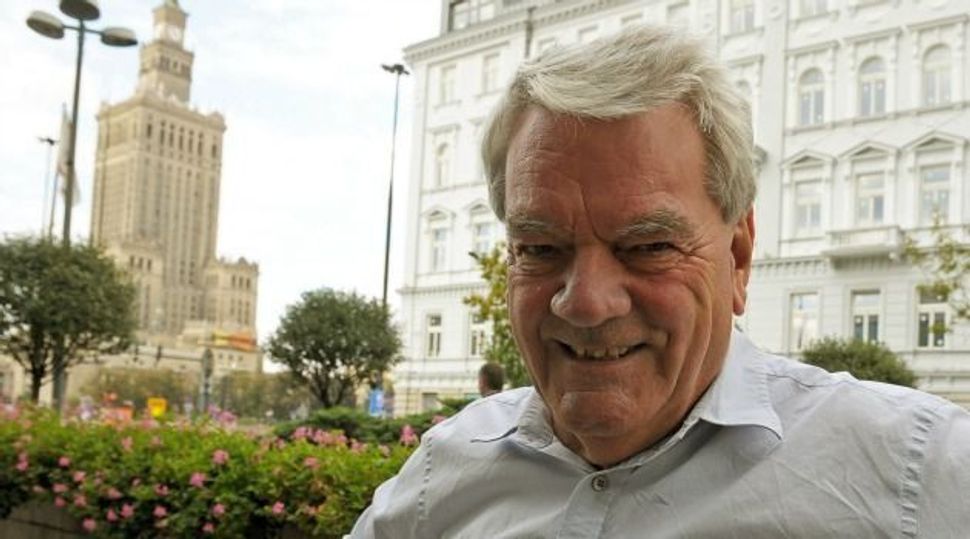 Berlin’s hotel and restaurant association has warned members not to book a room for Holocaust denier David Irving during his planned visit to the German capital.

The British self-styled historian – who was banned from entering Germany until last March — plans to visit the city in September, where he will address guests at a Sept. 10 dinner event with a $120 cover charge, according to reports.

The location has not yet been divulged, and only advanced bookings will be accepted, the Berlin Tagesspiegel newspaper reported.

With a link to the letter from Beck on its website, the association urges members: “Please don’t give any ‘room’ to right-wing extremist propaganda.”

Irving had been barred from entering Germany until 2022, due to convictions for Holocaust denial in the 1990s. In late 2012, a Munich court announced the ban would be lifted as of March 2013.

Though Irving has in recent years admitted he is now convinced that there were gas chambers in Auschwitz and that Germany killed millions of Jews, he still apparently is a darling of the far right, which questions the facts of the Holocaust and claims that German civilians were the real victims, particularly of Allied bombings.

Not all who detest Irving think that barring him is the best idea. Berlin-based journalist Alan Posener of the newspaper “Die Welt” commented in a column Tuesday that, “while I abhor the idea of advocating a Holocaust denier, it only makes sense to stand up for the rights of others when it’s someone with whom you normally wouldn’t want to be breathing the same air.”