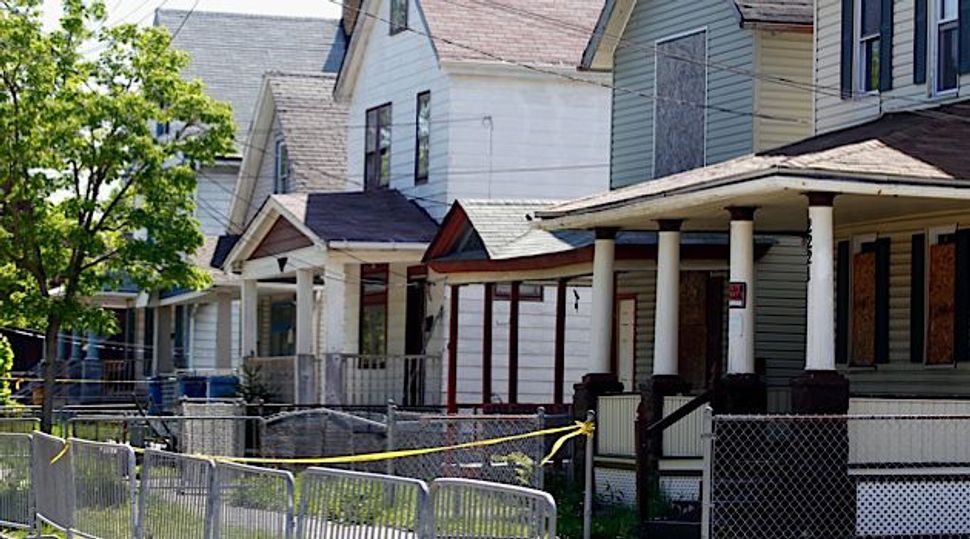 Unsafe Town?: Cleveland has recently been in the spotlight for several crimes committed against women, including the kidnapping of three women who were held captive in this home. Image by Getty Images

Justice for Aliza, a campaign to push authorities to find the murderer of Aliza Sherman, a Cleveland Clinic nurse stabbed to death in March, is offering a free self-defense class for local women according to the Cleveland Jewish News.

Beyond seeking Sherman’s killer, the organization aims to make downtown Cleveland safer for women. Violent crime was on the rise across the country in 2012, including in Cleveland, whose police department is facing extra scrutiny after recent revelations concerning negligence in tracking down three captive women found this May a decade after their kidnapping.

Sherman’s murder, in daylight in downtown Cleveland, seemed to be a glaring demonstration of Cleveland’s status as one of America’s most dangerous cities.

The self-defense class, to be taught on July 28 by a black belt martial arts instructor, is intended to give women an overview of the best way to defend themselves in situations like Sherman’s.