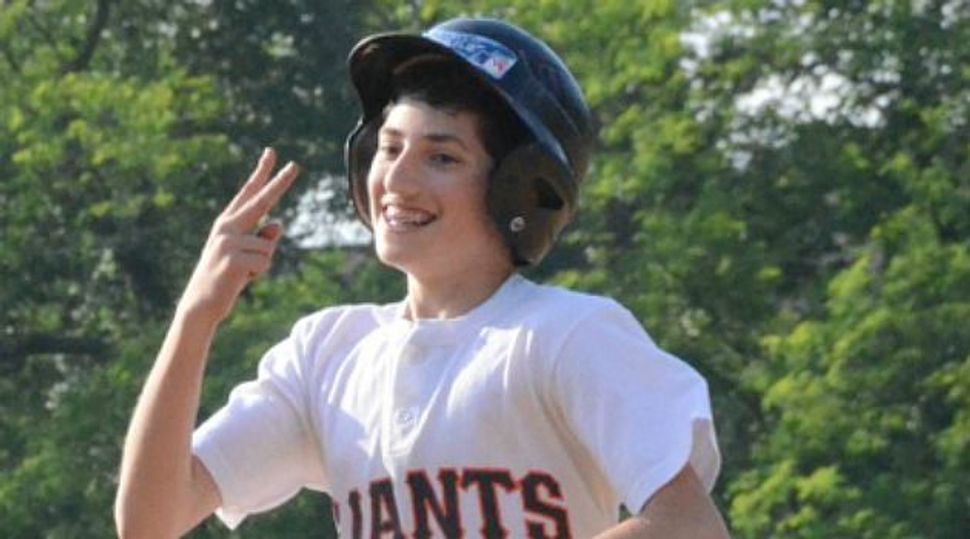 Ethan Kadish, one of three campers struck by lightning at a Jewish camp in Indiana, marked his 13th birthday in a Cincinnati hospital.

Kadish has been in the hospital since June 29, when lightning struck without warning at the Goldman Union Camp Institute in Zionsville, Ind., near Indianapolis.

“This is never how we would have imagined celebrating your 13th birthday … it is with bittersweet feelings that we welcome you into our Jewish tradition as a Bar Mitzvah, a son of the commandments,” Ethan’s parents, Alexia and Scott, wrote in a message to him posted on their website, Caringbridge.org/visit/ethankadish, which provides updates on his condition.

Ethan was moved last week to the rehabilitation floor at Cincinnati Children’s Hospital about a week after he began breathing on his own and was released from the hospital’s pediatric intensive care unit.

“We have so many hopes and dreams for your future, and right now we are focused on helping you heal to the best of your abilities,” his parents wrote in wishing him a Happy Birthday on Friday.

They added: “We know you are a hard worker and a team player. These qualities will take you far in life and in your healing. We will support you along this new path of life and will stand by you as we journey down this road together.”

The two other campers struck by the lightning during an Ultimate Frisbee game on the Reform movement camp’s athletic field were released from the hospital shortly after the incident.