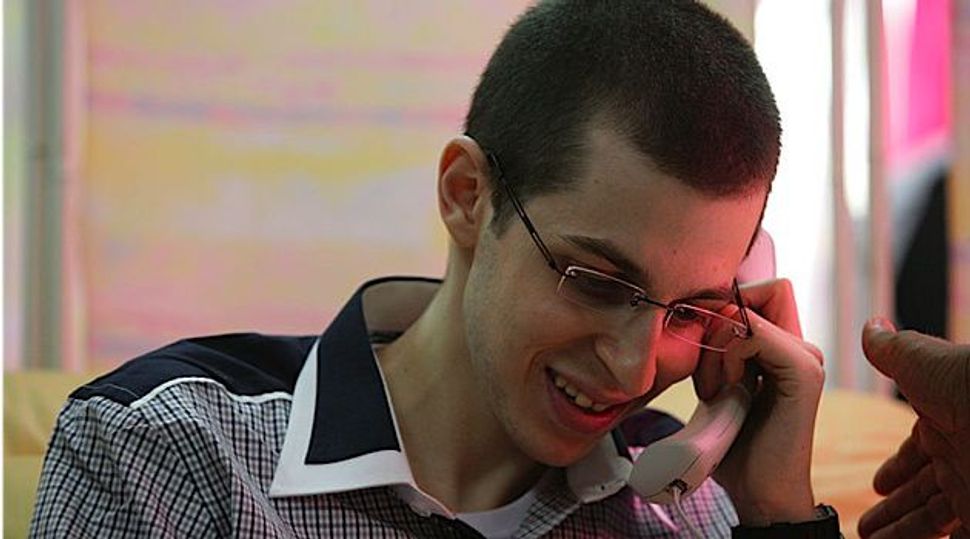 Gilad Shalit will accompany a flight of new immigrants, including 106 children, leaving New York for Israel on Monday.

The former captive soldier will be onboard the first chartered El Al aliyah flight of the summer, which will leave John F. Kennedy Airport with 231 new immigrants, including 41 families.

A live feed of the immigrants landing in Israel, at 7 A.M. Tuesday, and the welcoming ceremony will be available at the Nefesh B’Nefesh website.

Some 990 children are scheduled to make aliyah this year, according to Nefesh B’Nefesh, a 20 percent increase over last year.

The 38-second video posted to the Internet showed Shalit buttoning a new shirt, tying his shoes and getting out of his chair flanked by Hamas operatives.

The video also shows photos of other Israelis kidnapped and killed by Hamas and ends with the words, in Arabic, “We started to achieve the goal, and we will reach the end.”

The video was prepared by the Iz al-Din al-Qassam Brigades, the military wing of Hamas.

Shalit was the only member of a three-man crew who survived a cross-border attack on June 25, 2006 by armed Palestinians who captured him and hid him in Gaza. He was released in a 2011 deal with Hamas in exchange for 1,027 prisoners, many of them convicted terrorists responsible for killing Israelis.