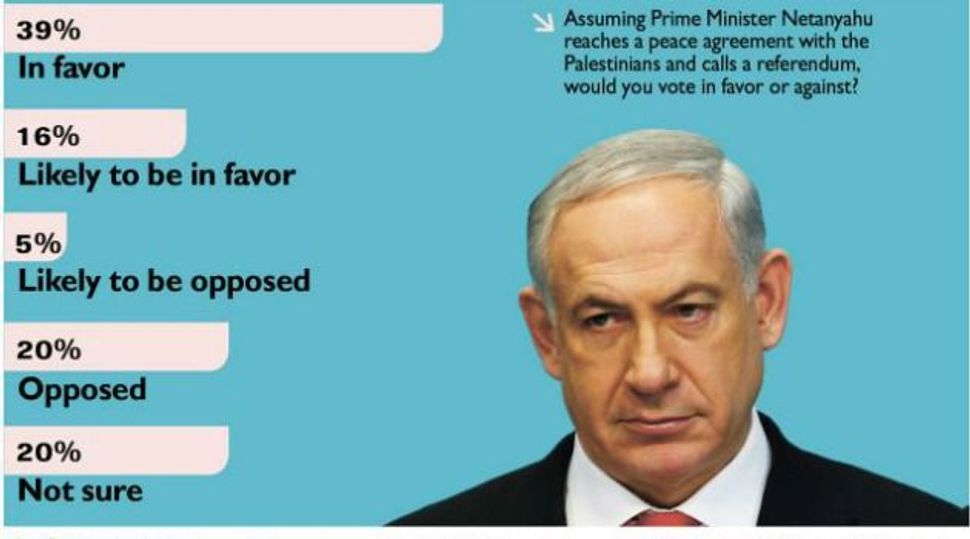 More than half of all Israelis would likely support any peace agreement Prime Minister Benjamin Netanyahu submitted to a referendum, a poll carried out Wednesday found.

The poll was conducted four days after U.S. Secretary of State John Kerry’s announcement last Friday that negotiations between Israel and the Palestinians would resume. Following that announcement, Netanyahu, under pressure from his right-wing coalition partners, pledged that he would bring any peace deal to a referendum.

The survey of 511 respondents was carried out by the Dialog Institute under the supervision of Prof. Camil Fuchs of Tel Aviv University.

Meanwhile, at a meeting Tuesday of the Knesset caucus for the Land of Israel, chairman Yariv Levin (Likud) said he had no objection to negotiations, but they had to be without preconditions. Moreover, “we want to come out of the talks with the settlements preserved, because that’s the only way to ensure Israel’s security and bring peace and stability.”