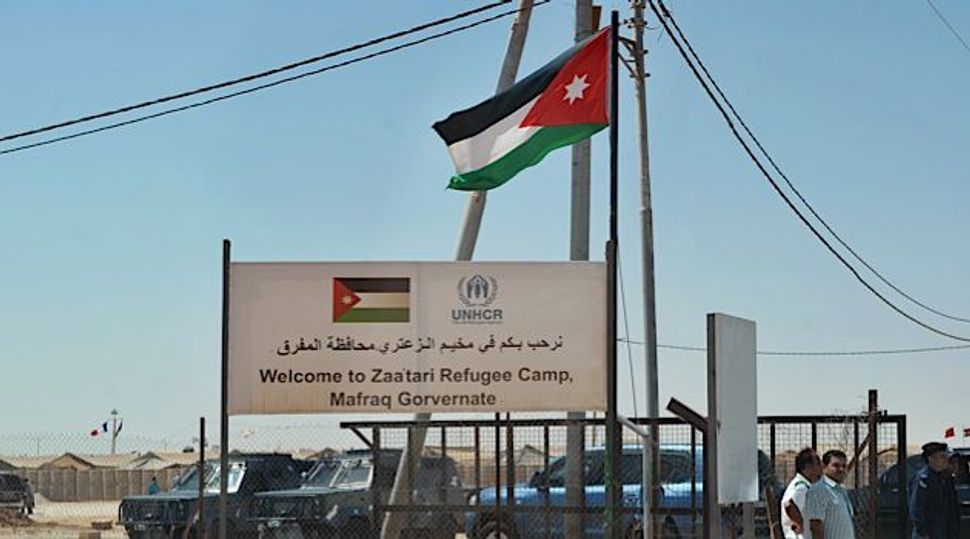 A coalition of Jewish groups is providing more than $100,000 in aid to Syrian refugees in Jordan.

The Jewish Coalition for Disaster Relief, which is made up of 14 organizations and coordinated by the American Jewish Joint Distribution Committee, convened Thursday in New York to allocate the money to several groups providing aid to Syrian refugees in refugee camps in Jordan, a JDC spokesman told JTA.

The money is going to the Jordanian Red Crescent, which is the kingdom’s version of the Red Cross; Israel Flying Aid, for food distribution; World Jewish Relief, which is working with the Save the Children program in one of the refugee camps; and the Hebrew Immigrant Aid Society (HIAS), for resettlement work.