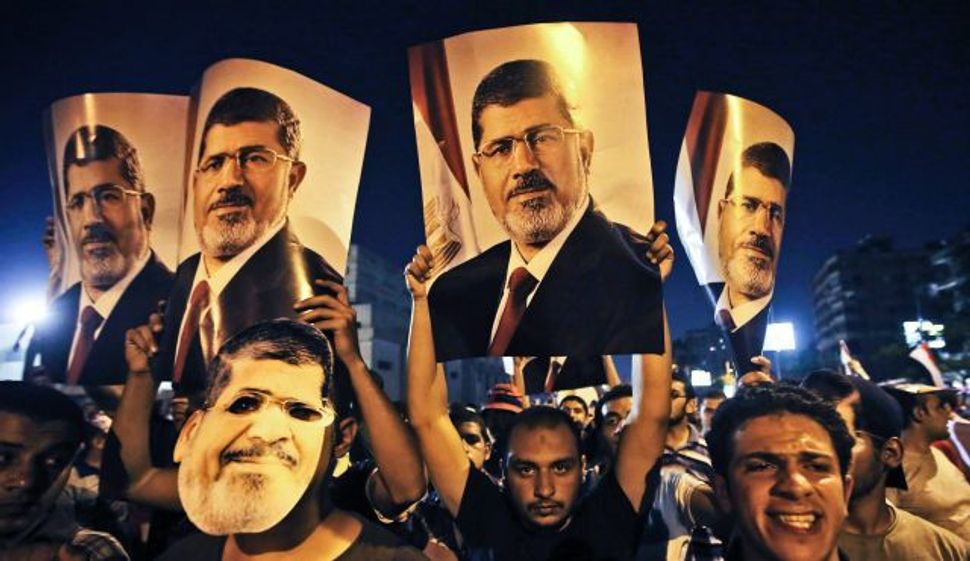 The report came just hours before millions of Egyptians were expected to take to the streets in mass rallies for and against Egypt’s first freely elected leader, who was ousted by the military on July 3. Morsi has been held by the military since his downfall.

Egypt’s Muslim Brotherhood dismissed as “ridiculous” the accusations levelled by the authorities. “They are not taken seriously at all. We are continuing our protests on the streets. In fact we believe that more people will realise what this regime really represents – a return of the old state of Mubarak, with brute force,” Brotherhood spokesman Gehad El-Haddad said.

Morsi has been held by the military since his downfall, but until Friday’s step by an investigating judge, he had not faced any formal legal measures. The charges relate to his escape, along with other top Brotherhood leaders, from a prison north of Cairo.